GOP Rep. Chris Jacobs says he would vote for an assault weapons ban 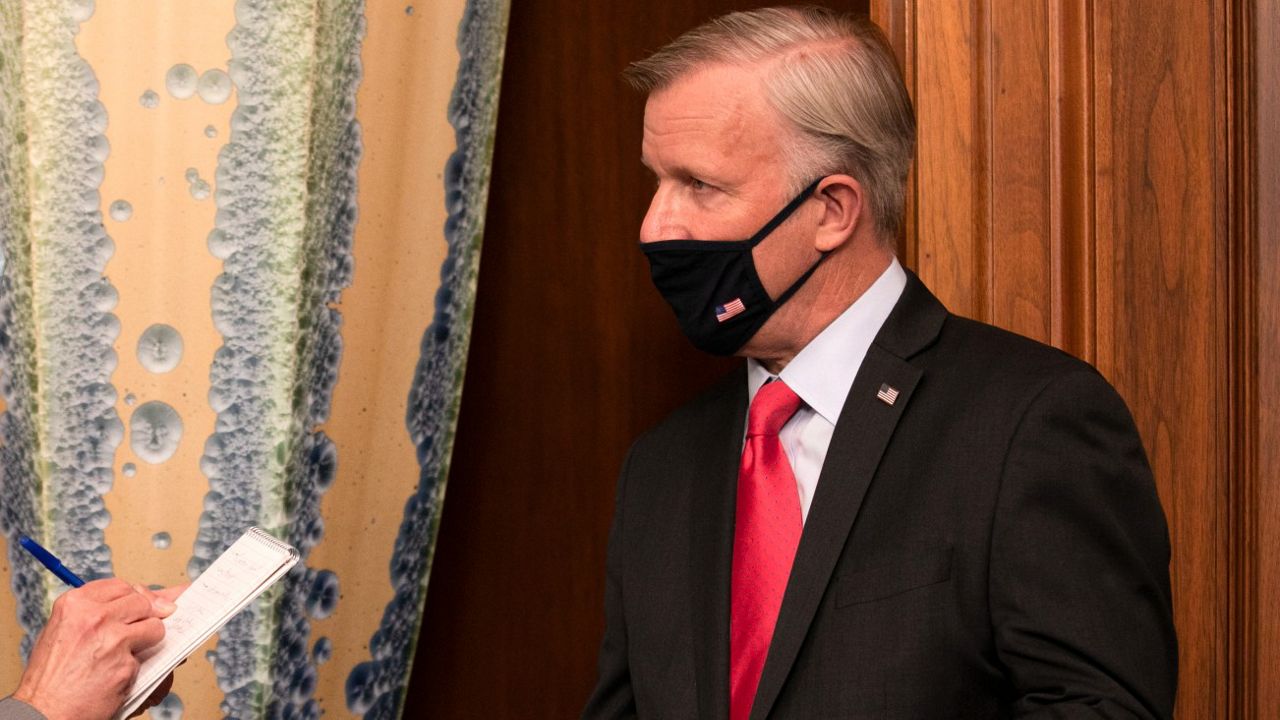 DEPEW, N.Y. — Without solicitation, U.S. Rep. Chris Jacobs made a statement Friday vastly in contrast with his party’s recent stance when it comes to gun control in the United States.

“I want to be completely transparent of where I am in Congress,” Jacobs said. “If an assault weapons ban bill came to the floor that would ban something like an AR-15, I would vote for it.”

Jacobs, a Republican, did note, however, that Democrats control what bills come to the floor in the U.S. House and Senate, and to this point, there has been no vote on an assault weapons ban. In the meantime, he suggested other potential solutions to stop gun violence, like what happened in the last two weeks in Texas and near his hometown in Buffalo, including limiting the capacity of magazines.

“Why does a civilian need a 30 or 50-round magazine either for recreation or hunting? I believe something along the lines of 10 is perfectly reasonable,” he said.

Jacobs said he will also be authoring his own ban on body armor for civilians, which he’d like to name after security guard and retired Buffalo police officer Aaron Salter. Police said Salter was killed after firing at the Buffalo shooter who was wearing a tactical helmet and bulletproof vest.

Jacobs also says he’s looking into authoring a bill that would ban civilians from purchasing body armor and would like to name it after Lt. Aaron Salter, who attempted to stop the Tops massacre.

Finally, the congressman said he would support raising the age to purchase an AR-15 style rifle from 18 to 21.

“Individuals cannot buy beer, they cannot get cigarettes (until they’re) 21. I think it’s perfectly reasonable that the age limit, at least for these highly lethal, high capacity, semiautomatic weapons should be 21,” Jacobs said.

The candidate did say he opposes gun reform proposed by New York Gov. Kathy Hochul, including microstamping ammunition and raising the age to buy assault rifles.

“There is a right if you choose as a 19 year old, you’re a 20-year-old here in New York state and you want to safely and securely obtain a firearm for your personal self defense, that’s a Second Amendment right,” Zeldin said.

Jacobs currently represents New York’s 27th Congressional District, which has a large Republican population living in rural areas, and plans to run in the newly drawn 23rd District, which while different is also largely rural. He admitted he is concerned his statements will be controversial among those voters and also said he doesn’t know if any other GOP congressmembers or senators will take the same position.

I asked the congressman if he’s worried about taking these positions as he runs for election in the redrawn rural NY-23. He said “yes.”

“I haven’t heard this discussed at this point in time. I’m speaking out because I think that it’s something we need to discuss because I can’t in good conscience sit back and say I didn’t try to do something,” Jacobs said.

Jacobs does not currently have a Republican primary opponent in NY-23, which consists of parts of southern Erie County and the Southern Tier. However, there are still two weeks for new candidates to collect and submit petitions.

Giants’ Kapler refusing to take field for anthem in protest