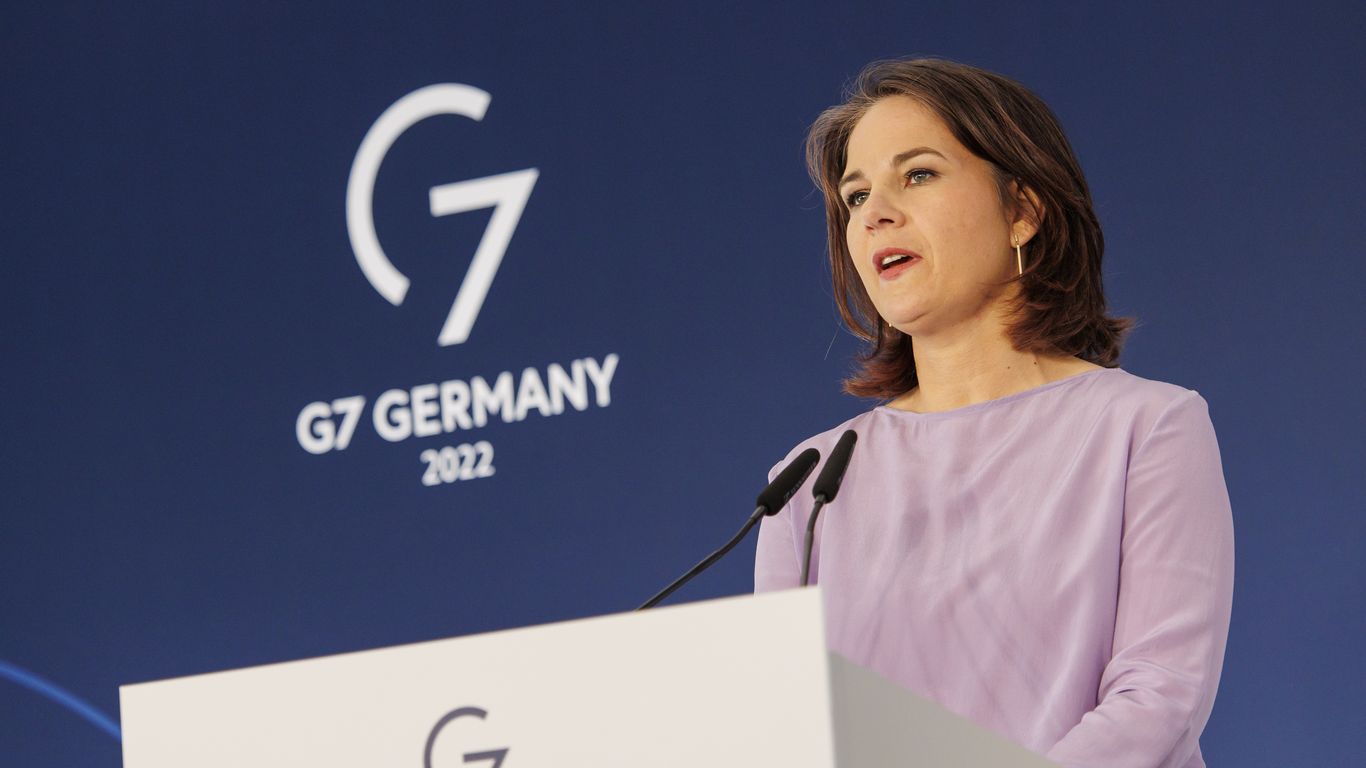 G7 countries demanded Russia end its “illegal war of aggression” and said they will never recognize altered borders stemming from Moscow’s unprovoked invasion of Ukraine, according to a joint statement issued Saturday.

Why it matters: While Russian President Vladimir Putin claimed at the onset of the invasion that Moscow didn’t intend to occupy Ukraine, Kremlin-installed occupation authorities in certain regions have started taking steps to be illegally recognized as part of Russia.

What they’re saying: “We reiterate our demand that Russia put an end to the war it started unprovoked and to end the tragic suffering and loss of life it continues to cause,” the foreign ministers of Canada, France, Germany, Italy, Japan, the United Kingdom and the United States, and the High Representative of the European Union said in a joint statement.

State of play: Ukrainian President Volodymyr Zelensky has repeatedly said his country will not seek to end the war by compromising its sovereignty and territorial integrity.

The big picture: Occupation authorities appointed by the Kremlin in Ukraine’s southern Kherson region are planning to directly appeal for Putin to recognize the region as part of Russia, Tass reported Wednesday.