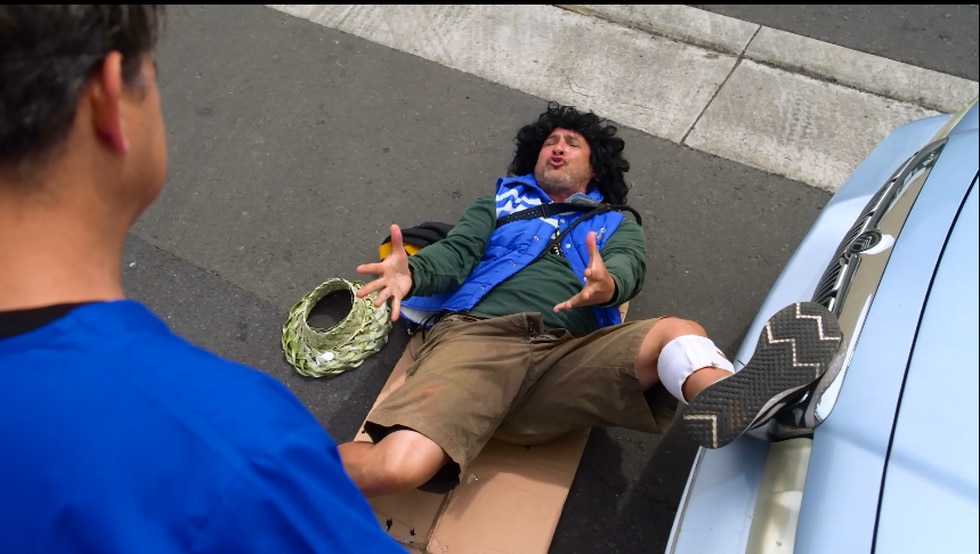 But political experts say the move could backfire.

“That’s because it’s an attack on his professional credentials” and not his legislative or political record, said University of Hawaii political science professor Colin Moore.

“I also don’t think it’s a successful ad. It seems to be silly to me. I don’t think voters are going to understand what the charge is.”

In the ad, comedian James Roche pretends to get hit by a car, then asks fellow Braddah Tony Silva to “take me to Queen’s I gotta see Dr. Green.”

Silva, dressed in medical gear, retorts: “No can, he’s not board certified.”

The ad goes on the say: “Dr. Green is not board certified in emergency medicine, internal medicine or any medical specialty.”

“But the Green campaign will continue to stay positive and focus on issues that really matter to the people of Hawaii: Building affordable housing, addressing the cost of living, and taking on the homeless crisis.”

While the ads are correct that Green is not board certified, board certification isn’t necessary to practice medicine in Hawaii.

“Lt. Gov. Josh Green … is fully-credentialed to practice emergency medicine, has practiced medicine in Hawaii for over 20 years, and was trained in family medicine with decades of experience as an emergency room physician,” the HMA said.

The association added that Green has been named its physician of the year twice — most recently this year for his work during the COVID pandemic.

The political action committee Victory Calls 2022 is spending more than $34,000 over the next week and a half airing the political commercials on local television stations.

Nutter and Tooher both list the same Kaneohe address as their home and both are part of a local live entertainment business called Stand Up Honolulu.

A call to the phone number listed on the PAC’s campaign records went to Tooher’s voicemail, which mentioned she was “out of the country” and unavailable.

As a Super PAC, the group has no limits on the amount it can spend to support or oppose political candidates. But it’s not allowed to associate with individual candidate committees and can’t coordinate their ads with the candidates they favor.

All three have been photographed with Cayetano in local monthly and weekly magazines at social gatherings around town.

But the Cayetano campaign said it had nothing to do with the ads.

“Our campaign was unaware of this ad until Hawaii News Now sent it to us. We have no connection to this and it appears to be promoting another candidate,” the campaign said.