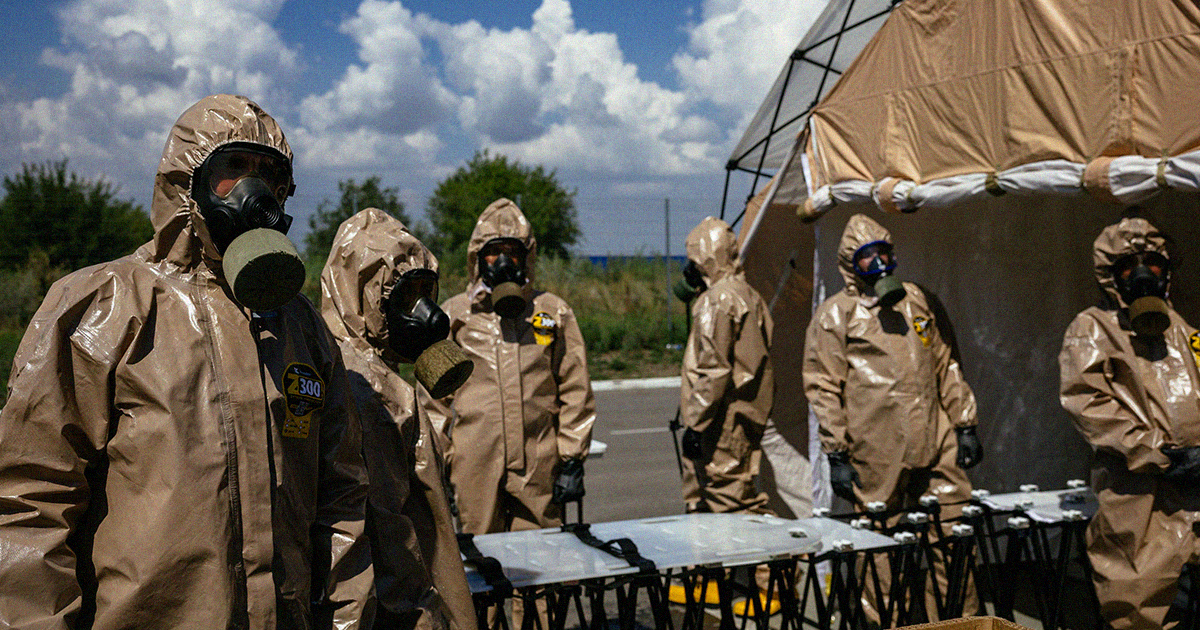 The closest town is evacuating.

More than half the residents of the nearby city of Nikopol residents, Euronews reported Sunday, have evacuated and are living in tents.

“So far, the house is intact, but whenever we leave [Nikopol], we are worried,” one evacuee told the publication. “I’m praying to God… because some people were left without their homes.”

Zaporizhzhia is currently controlled by Russian forces as the country continues its invasion of Ukraine, and international officials have been begging President Vladimir Putin to call off bombing for weeks.

Over the weekend, the Associated Press reported that Zaporizhzhia had gone at least partially offline. International Atomic Energy Agency Director-General Rafael Grossi said in a statement that all four power lines into the plant were down, with three being cut or lost because of previous conflict.

However, there is a reserve line that exports energy from the plant that can also act as backup power if needed. At least one reactor is still up and running, the AP reported.

There are several worst case scenarios possible, and a nuclear waste leak is just one of them. While nuclear regulators are keeping a close eye on the plant, there’s no way to predict what Russia or Ukraine will to do keep, or recover, control — creating a dangerous situation for Europe and the globe.

Data and politics: Kalla on persuasion, prejudice, and decision making