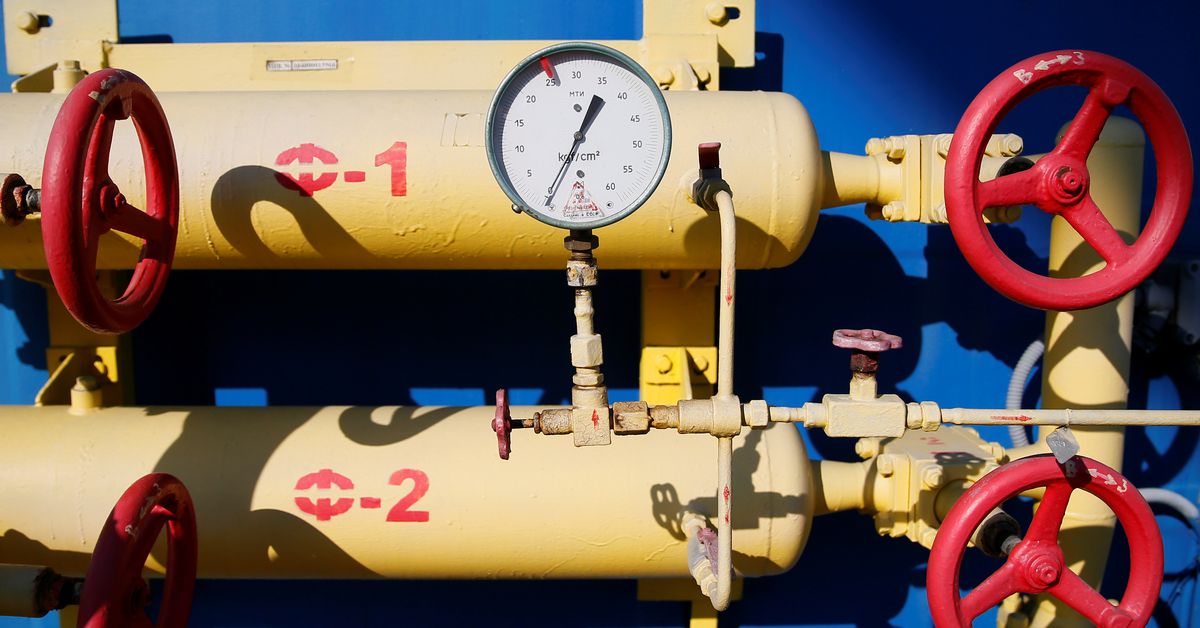 A view shows valves, pipes and a gauge at a gas compressor station near Uzhhorod, Ukraine, October 7, 2021. REUTERS/Gleb Garanich

KYIV, May 12 (Reuters) – Ukraine will not reopen the Sokhranovka gas transit route from Russia to Europe until Kyiv obtains full control over its pipeline system, the head of operator GTSOU told Reuters on Thursday.

The company on Tuesday declared force majeure citing gas theft by Russia-backed separatists and halted flows via Sokhranovka, which account for almost a third of the gas Russia sends across Ukraine to Europe.

The pipeline runs through Ukraine’s Luhansk region, part of which has been under the control of Russia-backed separatists since 2014.

He said Russian state gas producer Gazprom (GAZP.MM) had been unaware that the separatists had started stealing gas transiting Ukraine.

“I don’t think that Gazprom was aware that the (separatists) had started stealing transit gas from us.”

Makogon said Gazprom could still deliver all its Europe-bound volumes by using the Sudzha transit route, which remains open.

The company has said it is not technologically possible to reroute all its supply via Sudzha, an assertion that Kyiv has said is untrue.