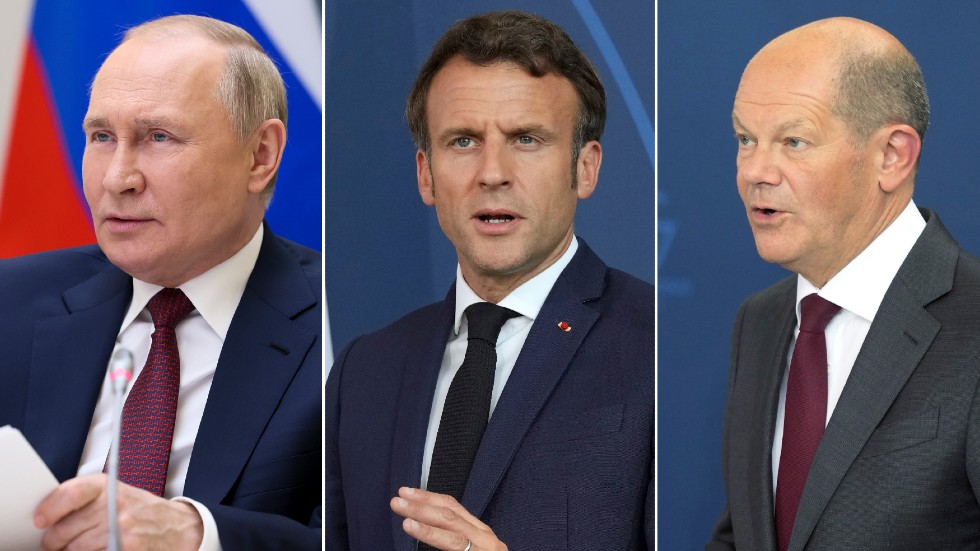 The European leaders also pressed Putin to release roughly 2,5000 “defenders of Azovstal held as prisoners of war by Russian forces,” according to a press release from the French embassy. Azovstal was the final holdout of Ukrainian forces before Russia fully seized the port city of Mariupol.

Putin reportedly conveyed “the openness of the Russian side to the resumption of dialogue” during the 80-minute call.

Macron and Scholtz also voiced an “urgent need for the blockade of Odessa to be lifted” in order to resume the export of Ukrainian grain, the release added. The Russian blockade is exacerbating food shortages and inflation across the world.

Thousands of civilians have been killed amid the war, many through Russian bombing of civilian targets. Millions more have either fled the country or are displaced internally.

Putin, in turn, warned against the West continuing to send weapons to Ukraine, saying it would cause “further destabilization of the situation and aggravation of the humanitarian crisis,” according to Bloomberg, citing a report from the Kremlin.

“The world is indeed at a turning point,” Scholz said at the time. “And it is not only the state of Ukraine that is at stake. It is the system of international cooperation that was designed in the aftermath of two devastating world wars.”

“That is an attempt to blast us back to a time when war was a common instrument of politics, when our continent and the world were without a stable, peaceful order,” he added.

Meanwhile, Zelensky visited the frontlines of the war in the eastern Kharkiv region on Sunday, marking his first appearance outside of Kyiv since Moscow’s invasion began on Feb. 24.

“I want to thank each of you for your service. You risk your life for all of us and our state. Thank you for defending Ukraine’s independence. Take care of yourself!” Zelensky said to the serviceman.