Elon Says a Recession Would Be a “Good Thing” 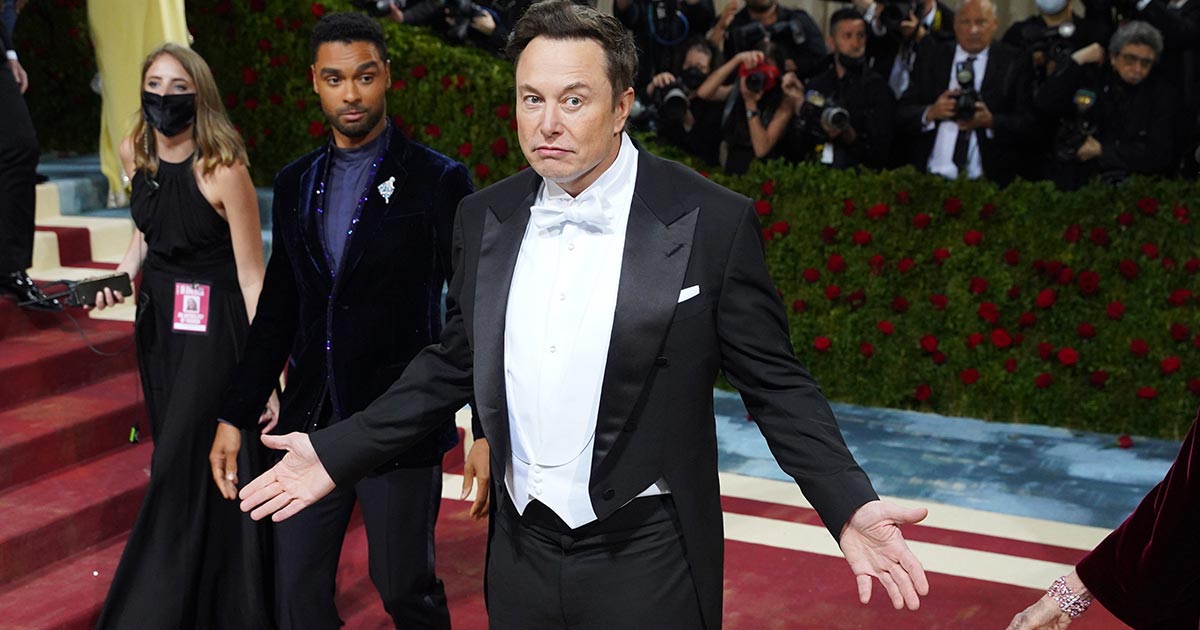 “Some bankruptcies need to happen.”

Fresh off his recent Twitter-buying fiasco, Elon Musk is now claiming that it would be good, actually, if the world went into a recession.

The SpaceX and Tesla CEO revealed that he believes the world is approaching a recession — which “is actually a good thing,” he says.

“It has been raining money on fools for too long,” the world’s richest man remarked. “Some bankruptcies need to happen.”

His remarks come at a rather odd time, given that Tesla stocks have been plunging over the last couple of weeks, ever since the billionaire CEO revealed plans to buy Twitter for $44 billion.

The comments also shouldn’t come as too much of a surprise given the fact that Musk has repeatedly railed against the stock market, most recently criticizing the S&P 500’s sustainability index for booting Tesla from the list.

In follow-up tweets, Musk argued that the next recession could last “about 12 to 18 months,” noting that “companies that are inherently negative cash flow (ie value destroyers) need to die, so that they stop consuming resources.”

In other words, his competitors should get off of his turf.

“All the COVID stay-at-home stuff has tricked people into thinking that you don’t actually need to work hard,” Musk said. “Rude awakening inbound!”

But is Musk really in a position to make these sorts of arguments? Given that he has already lost more than a $1 billion in Twitter stock since he began his cursed bid to buy the social media giant, it seems very much like he could be the one who’s in for a rude awakening — after all, it’s been “raining money” on him for quite a long time.

But then again, people in glass houses sure do love to throw stones.

More on Elon: Elon Musk Speculates About Storing All Human DNA In A Database

The First Electric F-150 Buyer Tried to Get a Cybertruck…