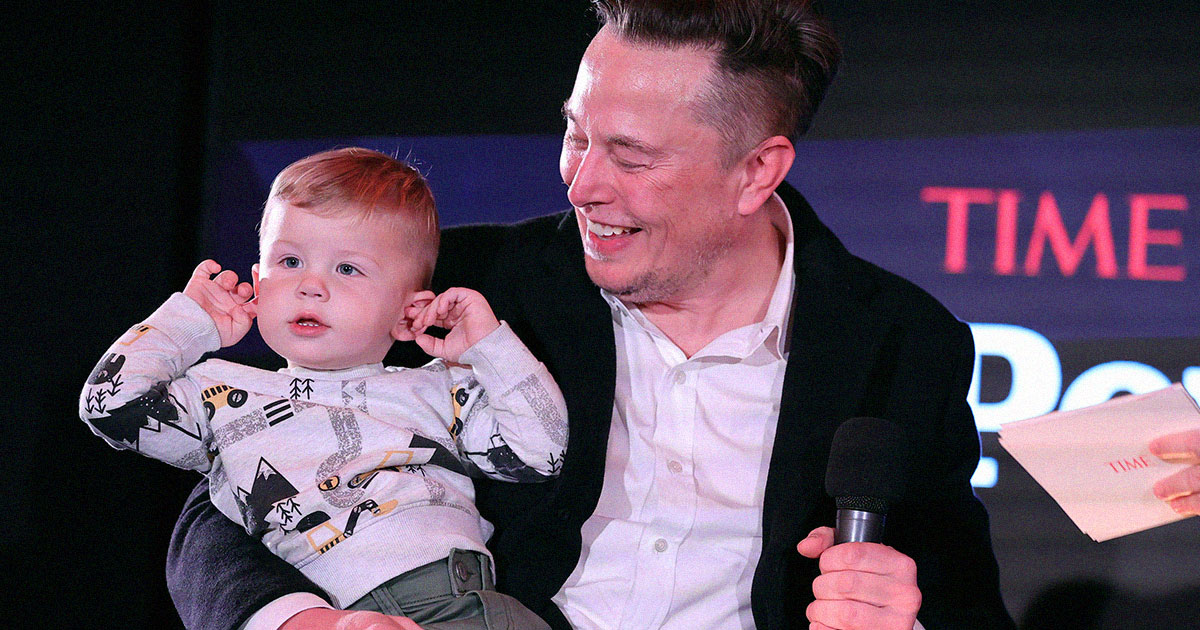 Elon Musk and musician Claire “Grimes” Boucher’s child X Æ A-12 — or just “X” for short — is already having trouble getting rockets off of the ground, much like his father during the early days of SpaceX.

“‘Fuckin’ rocket is too fuckin heavy,'” Grimes says their offspring explained “after his toy rocket failed to reach orbit.”

The esoteric tidbit certainly raises questions. For one, rockets designed for toddlers generally can’t make it into orbit. Besides, we’re not entirely sure where they’re supposed to get their hands on liquid oxygen and kerosene propellant.

But it’s also reminiscent of SpaceX’s troubles getting its own first rocket into stable orbit. The company led by X’s father only managed to get its first orbital rocket, the Falcon 1, into stable orbit on its fourth attempt back in 2008.

And on top of it all, that seems just a little foulmouthed for a toddler, right?

Naturally, Twitter users had some fun with X’s frustrations.

“Obviously he wants a reusable booster,” one user suggested.

But he’s also really taking the failed launches to heart, which isn’t exactly surprising for a two year old.

“He has destroyed them all because he doesn’t realize they aren’t real and so he rips off the boosters and whatnot trying to emulate a real rocket then accuses me of trickery for giving him fake rockets and becomes inconsolable,” Grimes added in a follow-up.

“Did he say if it cleared Max q?” business columnist and Elon Musk biographer Ashlee Vance responded, referring to the point during a launch when a rocket reaches maximum dynamic pressure, the scariest point after which engineers can let out a sigh of relief.

Musk and Grimes reportedly parted ways after dating for three years last year. X was born in May 2020. His sister, nicknamed “Y,” was born via surrogate in December, though both parents kept the birth secret for several months.

Including two more twins, birthed by one of Musk’s top executives in November 2021 — which he also kept secret until reporters discovered the paperwork — Musk now has nine children that we know of.

No wonder at least one of them has already expressed interest in following his footsteps.

More on Musk’s children: Experts Say Elon Musk Messed Up by Having Secret Children With His Employee