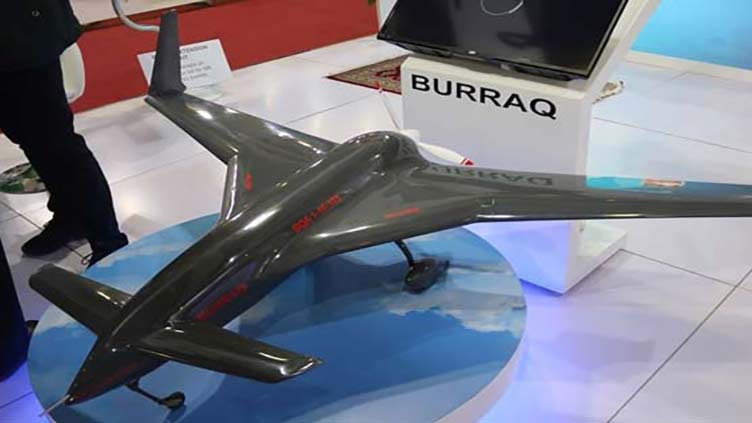 ISLAMABAD (Dunya News) – Pakistan have achieved another milestone in the field of drone technology as the locally developed ‘Burraq’ drone equipped with missiles can successfully hit its target from a height of 15,000 feet.

Pakistan (the first nuclear power of the Islamic world) have become self-sufficient in defence technology, as the country also developed armed drones with missile technology. ‘Burraq’ and ‘Shahpar’ drones are masterpieces of the capabilities of Pakistani scientists and engineers.

The ‘Burraq’ drone can fly continuously for 10 hours at an altitude of 15,000 feet. This missile-equipped drone is completely developed in Pakistan and is capable of successfully hitting its target.

‘Shahpar’ drone used by armed forces is also developed locally which is used for border surveillance, while more than eight organizations are currently working on drone technology projects in Pakistan under the management of Strategic Plans Division. Moreover, Pakistan is also delivering surveillance to many countries including the United Arab Emirates and Saudi Arabia.