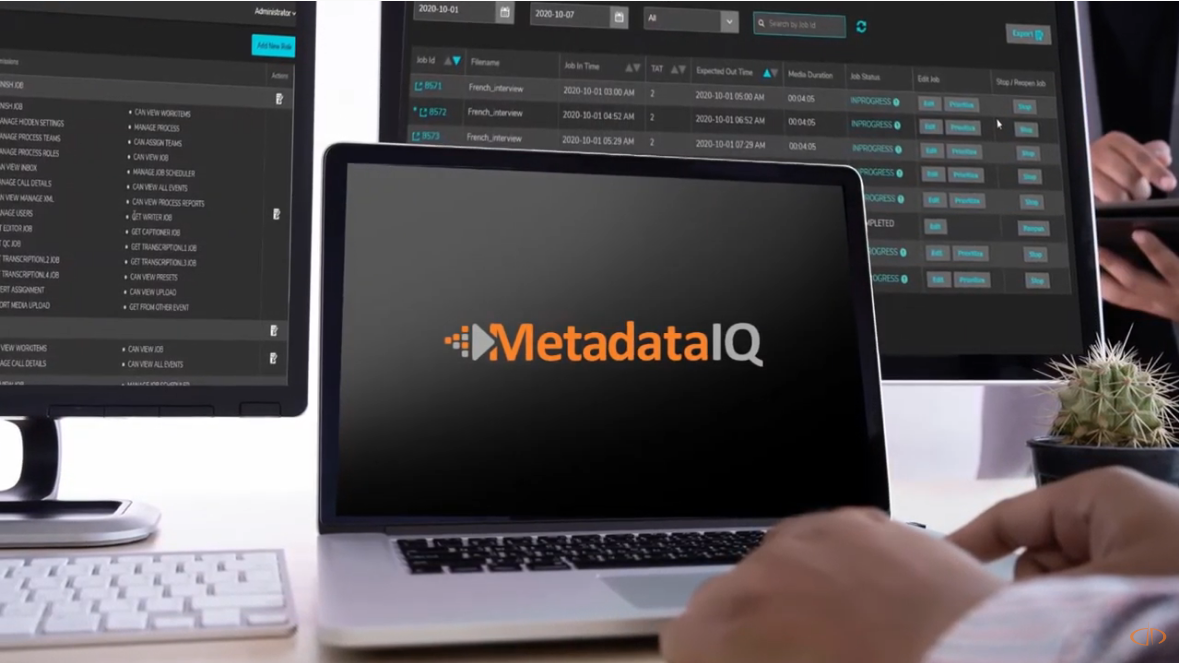 FREMONT, Calif.—Digital Nirvana has introduced MetadataIQ for News, a new variation of its MetadataIQ SaaS-based automatic metadata generation tool. MetadataIQ for News uses news-specific speech-to-text technology and machine learning capabilities to describe quickly the assets that appear in a news broadcaster’s feed. As a result, editors and producers can find what they need and create news shows more efficiently, the company said.

With news providers getting multiple news feeds from bureaus and other providers, such as The Associated Press, there can be as many as 100 continuous feeds at a time, depending on the size of the news organization and making it difficult for humans to tag all that media. According to Digital Nirvana, many speech-to-text engines on the market that can produce decent output on general-purpose language, but they tend to falter when it comes to identifying names and places that are in the news.

Unlike those general-purpose STT engines, MetadataIQ for News handles just news content, ingesting all feeds in real time and applying a speech-to-text engine fine-tuned for news production. Digital Nirvana uses its MonitorIQ automated broadcast monitoring application to ensure MetadataIQ for News continuously improves. Every day, MonitorIQ records multiple news channels, including the audio, which contains the proper pronunciation. Then, using AI, MonitorIQ automatically identifies all names and places, and feeds all the data back into the STT engine’s dynamically updated vocabulary. This process is what makes MetadataIQ for News unique and able to generate highly accurate output.

Two major news organizations — one in the United States and another in the Middle East — have been testing these capabilities in their live news operations, according to the company. They have found that applying ML technologies to their workflows yields automatically generated, highly accurate metadata more quickly and affordably than traditional methods, which translates to money, effort, and time savings. It also means better-structured, more detailed, and more accurate metadata and shorter content delivery cycles.

“We designed MetadataIQ to describe content from multiple cameras of a reality show. But news broadcasters needed an application that was built specifically to handle news content, which is constantly changing and therefore doesn’t conform to general-purpose speech-to-text engines,” said Hiren Hindocha, CEO of Digital Nirvana. “Because the application is continually training the engine to recognize new names and places, MetadataIQ for News ensures news broadcasters always have an accurate description of their content, even though there’s something different every day.”

California Legislature Passes Law That Would Force Tesla to Change…