Data and politics: Kalla on persuasion, prejudice, and decision making 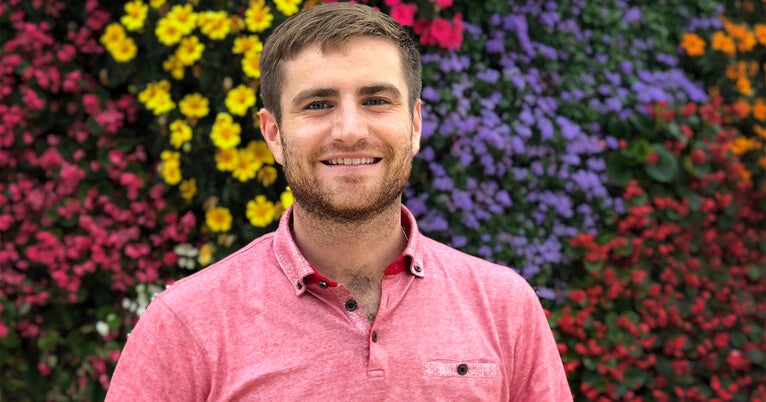 Politics has increasingly become a numbers game, with data-driven strategy the centerpiece of modern policymaking and messaging. The proliferation of polls, focus groups, and punditry is a testament to this reality.

The ways in which these metrics are utilized is a familiar subject for Yale political scientist Joshua Kalla, who specializes in researching the art of political persuasion, the details of decision-making, and the efficacy of prejudice reduction efforts. His past and current work has focused on using field experiments with real-world political groups and community organizations to better determine the malleability of voter behavior, the effectiveness of political advertising, and more.

Kalla’s critical research has helped better define the nuances of campaign management, attracting the attention of both students and fellow faculty alike. He was recently named a recipient of the 2021-2022 Arthur Greer Memorial Prize, which recognizes outstanding research conducted by junior faculty members at Yale in the social or natural sciences.

Kalla, an assistant professor of political science and statistics and data science, recently spoke to Yale News about his work, teaching, and the role of data in politics. The interview has been edited and condensed.

How would you best describe your own expertise and research?

What got you interested in the field in the first place?

Kalla: When I was a Yale undergrad, I took a class with Professor Alan Gerber and Don Green, who’s now a professor at Columbia University, on field experiments in the social sciences. This is the idea of using experimentation, essentially the tools of clinical drug trials or A/B testing in the online ad space, and applying those types of rigorous tools to answer certain scientific questions. I really fell in love with the idea of using that type of tool, that type of research design to answer social science questions.

As for these specific questions of attitude change, prejudice reduction, and persuasion — three topics that are related — I think they are the most important topics in the American political system. Every year, political campaigns spend billions and billions of dollars to get people to change their minds. In my research, I try to understand the marginal impact of those billions of dollars. Is it successful? What could campaigns be doing differently? And how does that interact with the psychology and sociology of decision-making? This is all in order to see how is it, or why is it, that voters change their minds about these important issues, be it about candidates or outgroups.

Has the focus on data become more pronounced in politics?

One is just data availability. There have been some legal changes following the 2000 election between Bush and Gore that actually made much more data publicly available and available to campaigns. So that’s the input that you need for data to matter in politics. And then there have obviously been huge computational advances in the last two decades. Just think about how much smaller and faster and cheaper computing has become in recent years, trends which makes it more feasible for campaigns to use data and use data productively.

You mentioned the data science class that you teach. What do you enjoy most about teaching, and how does that influence your own research?

Kalla: Going back to your last question of how campaigns use data, one thing that I’ve really enjoyed about teaching undergraduates about the use of data science in campaigns is in connecting interested undergraduates with different political campaigns and nonprofit organizations to find summer internships and jobs post-graduation. And over the last few years, a number of students haven taken my class and then gone on to apply those skills working in politics. Seeing that kind of direct impact is such a rewarding part of teaching. I recently heard from a former student who told me how he had consulted his old problem sets from my class to help him work through a challenge his campaign was facing. That was really neat to hear.

I also like to explore the interplay between academic research and teaching and what is happening in the real world. In my courses, I like to invite guest speakers — including data scientists who work on campaigns or run data or analytical roles on campaigns — into the classroom. This allows students to get exposure to both the academic side of how we do things from me, but also the real-world applications from practitioners. Seeing students engage with and challenge both is a rewarding part of the job.

In recent years there has been the rise of an idea that candidates run too much on “poll-tested” ideas and are then seen as somewhat disingenuous. What are your thoughts on that broad situation? Is there a limit to how much using data in campaigns can help?

Kalla: It’s a really big question and is tied into all kinds of research that political scientists have been doing since the 1940s. The core of the question is how much do policies and issues matter for who people vote for? Are people voting for candidates for identity reasons? Or are they voting for candidates for their platforms, their policies?

There’s a massive literature in political science with probably hundreds of different papers and books going back to the 1940s trying to answer this question. And I think we certainly see evidence for both views across the literature and in my own research as well. I have a paper from 2018 on the minimum persuasive effects of campaign tactics. What I found was that the marginal impact of one additional campaign outreach, such as one additional campaign mailer or campaign TV ads or door-to-door canvass conversation, tends to be pretty minimal or nil in persuading voters in high-salience, partisan general elections.

But then I have another paper published recently where I found that campaigns are actually able to teach voters new information and that new information can be persuasive to voters, causing them to change their minds. For that study, I looked at pro- and anti-Biden statements and pro- and anti-Trump statements. And going into the 2020 election, voters knew a lot less about Joe Biden than they did about Donald Trump. So, teaching voters information about Joe Biden, whether pro- or anti-, was able to move vote choice more than pro- or anti-information about Donald Trump. This is because if voters know less, you’re able to teach them something more. And the more specific that information is, the more effective that persuasion can be.

So, I think there’s still a lot more to explore on this age-old question, and I don’t think it’s a simple yes or no answer.

In broad strokes, it seems that people are becoming increasingly steadfast and stuck in their views, regardless of anything that happens, and especially when it comes to hot-button issues that voters already have a lot of information about. Do you think there is a way for data to help with this, or is it restricted in its scope?

Kalla: I question the assumption of whether it has become increasingly difficult to get people to change their minds. I just don’t think we know one way or the other whether that’s really been changing today versus 100 years ago.

So it’s certainly possible to change people’s minds on these types of salient political issues, but it is important to consider the magnitude of this attitude change. A door-to-door conversation is persuading the minds of maybe seven to 10 out of every hundred people who happened to have that conversation. There’s still 90-plus people who are not changing their minds. Now, is that because it’s impossible to change their minds or is it because a one-off 10-to-15-minute conversation isn’t enough to change people’s minds?

The truth is probably somewhere in between those two poles.

What are you working on right now?

Kalla: One thing I’m working on right now is switching to other modes of outreach and persuasion in my research. I’ve been doing a lot of work on media and trying to understand the role of cable news like Fox News and CNN. So, I have ongoing research around the media and whether TV — not just TV ads but TV news content itself — and newspapers might be able to persuade people.