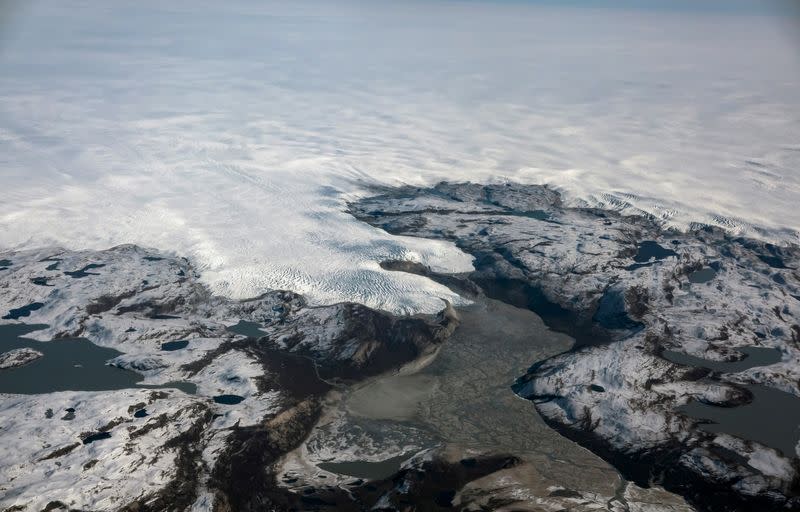 LONDON (Reuters) – When might the world’s bleaching coral reefs pass the point of no return? When would warming temperatures cause the Greenland Ice Sheet to collapse and trigger severe sea level rise? These worrying scenarios could happen sooner than expected, according to new scientific research http://www.science.org/doi/10.1126/science.abn7950.

For more than a decade, climate researchers have been monitoring 16 “tipping points” — or environmental thresholds beyond which the global climate system could spiral toward a dangerous state.

Precisely how much global warming it will take to breach these thresholds, however, has remained a question mark.

The 2015 Paris Agreement aims to keep temperature gains well below 2 degrees Celsius in hopes of averting the worst consequences of climate change, but a new analysis of more than 200 research papers on tipping points finds it is possible the world could hit some of these thresholds at the level of warming — 1.1C — we’re experiencing now.

“We can see some potential early warning signals,” said climate scientist David Armstrong McKay, a coauthor of the study published Thursday in the journal Proceedings of the National Academy of Sciences.

Already, “the Greenland Ice Sheet is showing signs of destabilization with lots of melt and there are potentially early warnings that the Atlantic circulation might be slowing down,” said McKay, who works at the University of Exeter in Britain.

The latter is crucial in moving heat from the tropics into the northern hemisphere. A shutdown would trigger widespread cooling around western Europe and eastern North America.

For this first scientific study to test the 16 tipping points against different warming scenarios, the team of international scientists pored over the data and findings from past studies.

“At the moment, they are possible rather than likely,” McKay stressed, but he added, “it’s definitely concerning.”

At 1.5C of warming, another five tipping points would be reachable.

Earlier this year, the UN Intergovernmental Panel on Climate Change stated that the risk of triggering climate tipping points becomes high by around 2C of warming.

“While the IPCC has formulated more cautiously … we are all aware that 1.5 warming does not take us to a safe haven,” said marine biologist Hans-Otto Portner at the Alfred Wegener Institute in Germany who co-chaired the IPCC report.

(Reporting by Gloria Dickie in London; Editing by Katy Daigle and Lisa Shumaker)