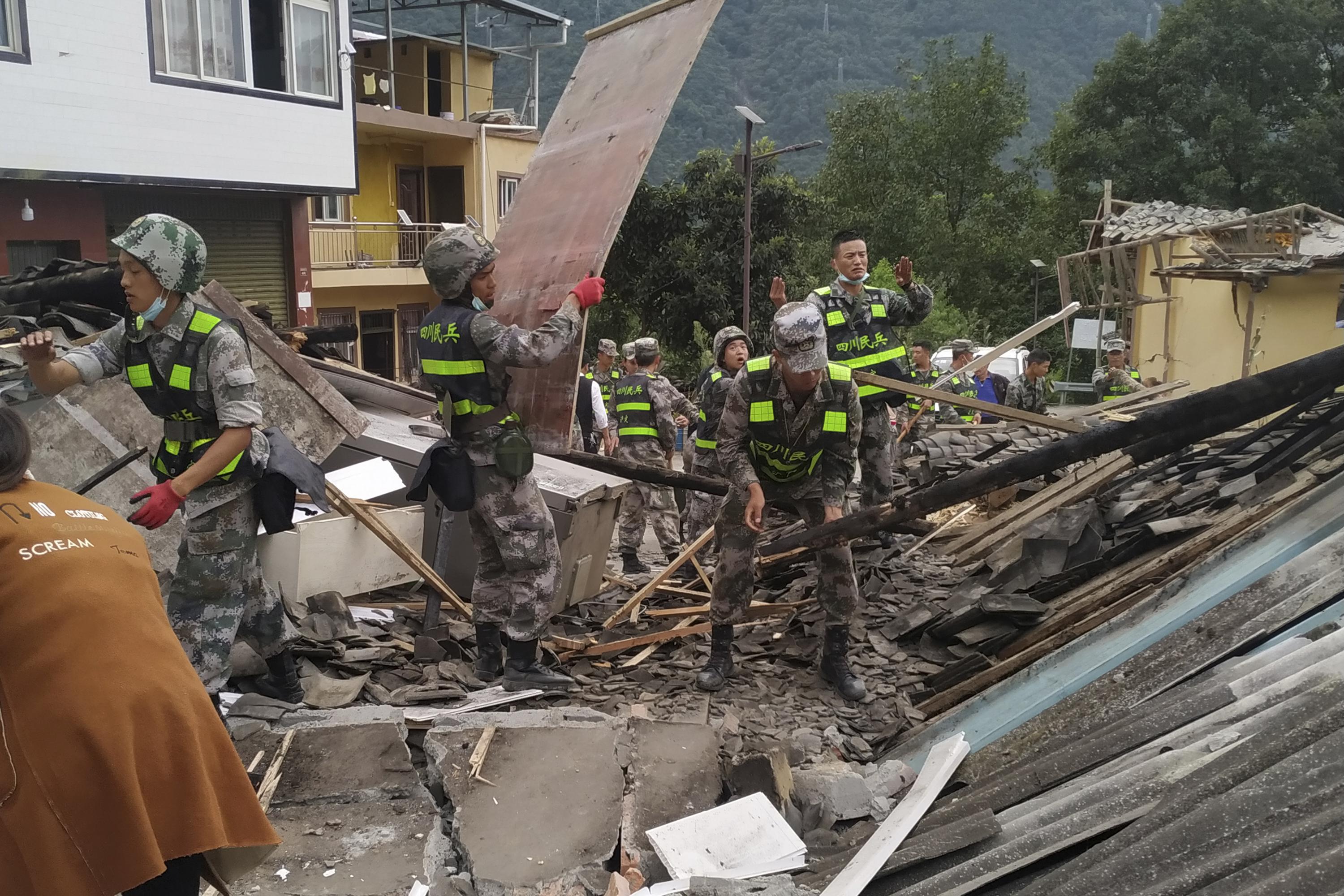 BEIJING (AP) — The death toll in this week’s earthquake in western China has jumped to 74 with another 26 people still missing, the government reported Wednesday, as frustration rose with uncompromising COVID-19 lockdown measures that prevented residents from leaving their buildings after the shaking.

The 6.8 magnitude quake that struct just after noon Monday in Sichuan province caused extensive damage to homes in the Ganze Tibetan Autonomous Region and shook buildings in the provincial capital of Chengdu, whose 21 million citizens are under a strict COVID-19 lockdown.

Following the quake, police and health workers refused to allow anxious residents of apartment buildings out, adding to anger over the government’s strict “zero-COVID policy” mandating lockdowns, quarantines and other restrictions, even while the rest of the world has largely reopened.

Footage circulating online showed residents of the central city of Wuhan, where the pandemic is believed to have originated in late 2019, chanting “lift the lockdown, refuse to be tested” at police.

The restrictions have prompted protests online and in person, rare in China’s tightly controlled society where the all-powerful Communist Party can easily sentence people to months or years in prison on loosely defined charges such as “picking quarrels and provoking trouble.”

In all, 65 million Chinese in 33 cities, including seven provincial capitals, are currently under varying levels of lockdown. The government is also discouraging domestic travel during the Mid-Autumn Festival on Saturday and the weeklong National Holiday at the start of October.

Outbreaks have been reported in 103 cities, the highest since the early days of the pandemic in early 2020.

Monday’s quake was centered in a mountainous area of Luding county, which sits on the edge of the Tibetan Plateau roughly 200 kilometers (125 miles) from Chengdu, where tectonic plates grind up against each other.

China’s deadliest earthquake in recent years was a 7.9 magnitude quake in 2008 that killed nearly 90,000 people in Sichuan. The temblor devastated towns, schools and rural communities outside Chengdu, leading to a years-long effort to rebuild with more resistant materials.

Apple to appeal Brazil sales ban of iPhone without charger