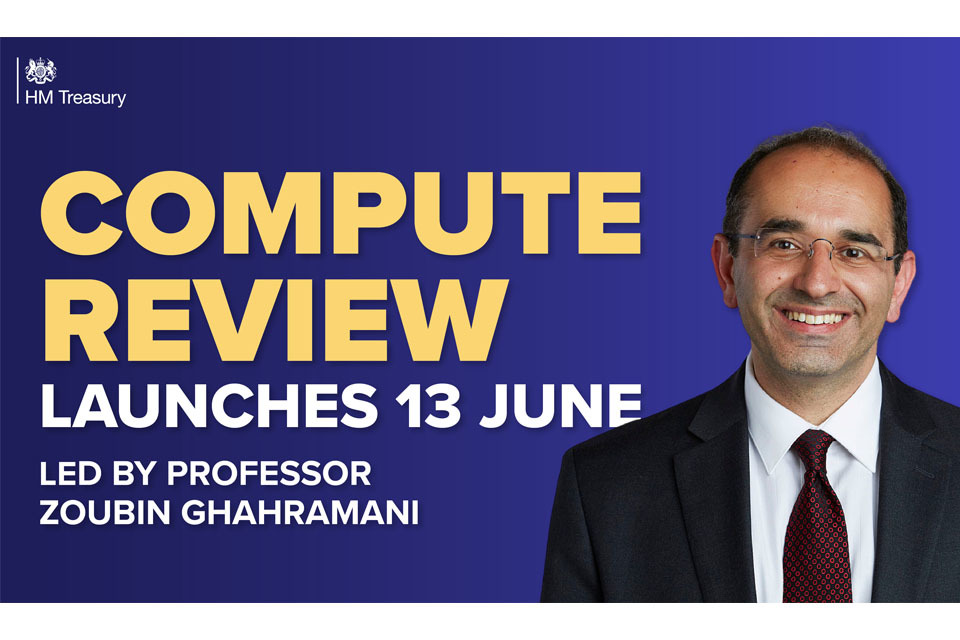 The review will report to the Chancellor and the Secretary of State for Digital, Culture, Media and Sport. It is being launched as part of the government’s new Digital Strategy, which will be unveiled later today.

During his opening address at the Queen Elizabeth II Centre in London, Rishi Sunak said high-performance computers and cloud capabilities were vital for powering technologies of the future, such as Artificial Intelligence, and this would be critical for the UK’s productivity, prosperity and innovation.

Advanced compute – the large-scale processing power, memory and data storage that is used to tackle tasks beyond the capabilities of everyday computers – is an important component of our digital infrastructure and a building block for future capability.

It is becoming essential to biology, chemistry, physics, and nearly every other area of research and can also increase business innovation by enhancing R&D and product design processes, driving economic growth and productivity.

The Chancellor of the Exchequer, Rishi Sunak, said:

From modelling the effects of climate change, to powering the discovery of new drugs and increasing business innovation, the capabilities of advanced compute are endless.

The UK is a world leader in innovation and this review will help us maintain that position – as we embrace new technologies and the people that create them to drive forward our growth and productivity.

The Future of Compute Review, announced by the Chancellor at the Spring Statement, will provide recommendations to form the basis of a long-term plan for the government’s approach to compute.

It will be led by world-leading AI researcher, Professor Zoubin Ghahramani, Professor of Information Engineering at the University of Cambridge and Vice President of Research at Google AI and Director of Google Brain.

The UK’s ability to do the hardest science, and help businesses be even more competitive, depends on more powerful computers. Advanced compute helps us model incredibly complex systems, such as what’s happening to the climate and how to stop the spread of pandemics.

Advanced compute is fundamental to the UK’s national interest. This review will deliver a long term plan for UK compute, enabling government, business and academia to remain at the forefront of innovation and be prepared to fight the biggest challenges of this century.

I am delighted to lead this review and look forward to bringing my industry and research experience to this important work.

We witnessed our most powerful computers speed up the development of vaccines during the pandemic. But all the data generated in the coming years will be meaningless without the capacity to process it.

This review will ensure we have the advanced computing abilities to keep the UK at the forefront of the most complex science and cutting edge tech to deliver major benefits for people and businesses.

In the past decade, the type and use of compute has changed – and the UK’s capability in this field is falling behind the needs of our world-leading tech sector. To support the government’s Integrated Review ambition for the UK to be a Science and Technology Superpower, we need a targeted approach to compute.

This review will therefore consider the UK’s future compute needs at this crossroads of a new generation of compute.

i. Understand the UK’s compute needs over the next decade.

iii. Establish a view of the role of compute in delivering the Integrated Review and Science Superpower this decade.