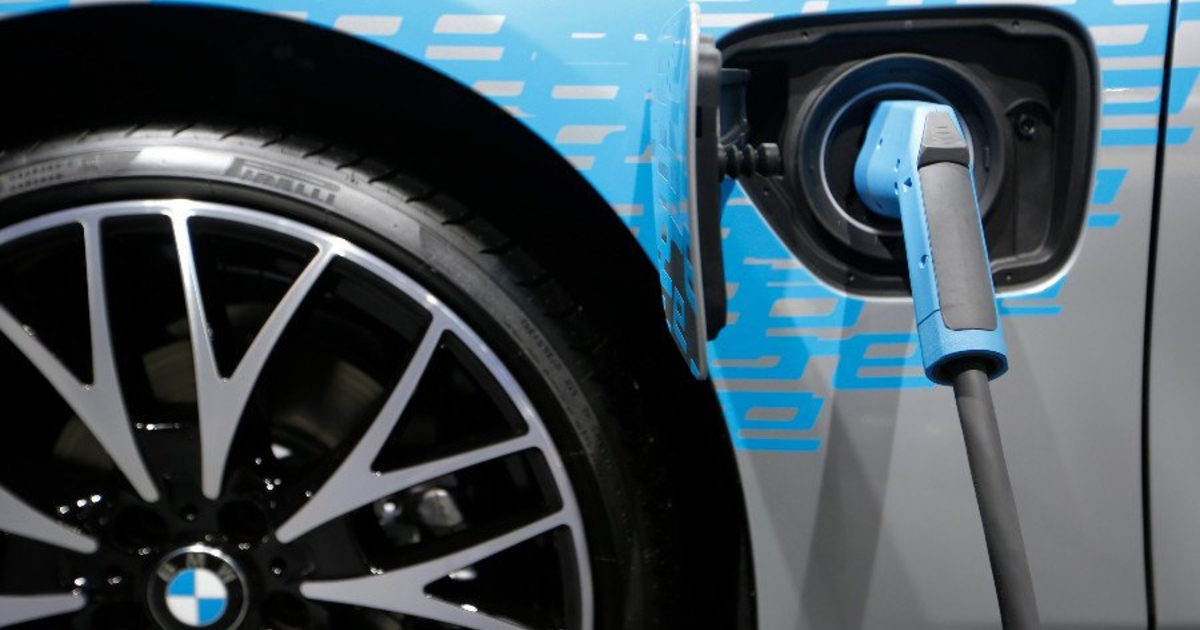 BERLIN — BMW will power its new class of electric vehicles with cylindrical battery cells made in six factories by partners including China’s CATL and EVE Energy, as the automaker looks to speed up charging and extend driving range.

Two plants each in Europe, China and North America will produce round lithium-ion cells that enable longer ranges and faster charging than the prismatic cells BMW currently uses, the automaker said in a statement on Friday.

At roughly half the cost of prismatic cells, the technology is meant to bolster BMW’s planned Neue Klass, or “New Class,” EV platform and follows Tesla, which has been using a cylindrical shape for some time.

The automaker has already placed multibillion-euro orders with CATL and EVE to produce battery cells at four factories in China and Europe. It said it is seeking partners able to build two more factories in the U.S. and Mexico.

BMW said it would sign contracts for up to 20 gigawatt-hours of capacity at each of the six plants.

Weber said the Neue Klasse-based entry-level models might also use lithium iron-phosphate batteries, which are cheaper and don’t require nickel or cobalt, but offer less energy density and are heavier than the new round cells.

BMW’s new generation of batteries will use more nickel and silicon and less cobalt, leading to a 20 percent increase in energy density, 30 percent faster charging and a 30 percent longer range than previous generations, the automaker says.

Weber said BMW’s suppliers have agreed to produce the cells with renewable energy only and partly use recycled cobalt, nickel and lithium to cut production-related carbon emissions as much as 60 percent.

The decision is part of a BMW strategy — which differs from pushes by Tesla and Volkswagen — to buy cells rather than get involved in their production.

With the Neue Klasse vehicles, due to start production in 2025, BMW aims to pick up speed in an increasingly competitive EV market.

Batteries are among the major cost drivers of an electric car, and improving technology has typically delivered annual efficiency gains. That trajectory has come under strain due to the surging cost of raw materials, challenging automakers’ forecasts that they will soon be able to sell EVs at a similar margin as combustion-engine autos.

CATL said in a separate statement on Friday it would have two of its plants supply BMW with batteries with the same diameter as Tesla’s 4680 cells.

BMW did not say how many batteries it plans to procure from EVE and CATL.

The Neue Klasse family of EVs will first focus on midsize premium models, such as the 3 Series.

A spokesperson for CATL, which has supplied BMW for a decade and is looking at potential battery factory sites in the U.S., told Reuters in May it would begin supplying cylindrical cells to BMW from 2025, but the automaker declined to comment at the time.

The news also confirmed a Reuters report in August that EVE, which supplies BMW in China, had signed a contract for cylindrical cells with the automaker.

Prismatic batteries, rectangular in shape, have become the most common form of auto battery in the past two years as they can be more densely packed, saving on costs. But proponents of cylindrical batteries argue the newer larger format cells have become more cost-effective because of improvements in energy density.

Bloomberg contributed to this report

Astronaut Says He Had Religious Experience During Spacewalk

Opinion: This is what it’s like to race against time…