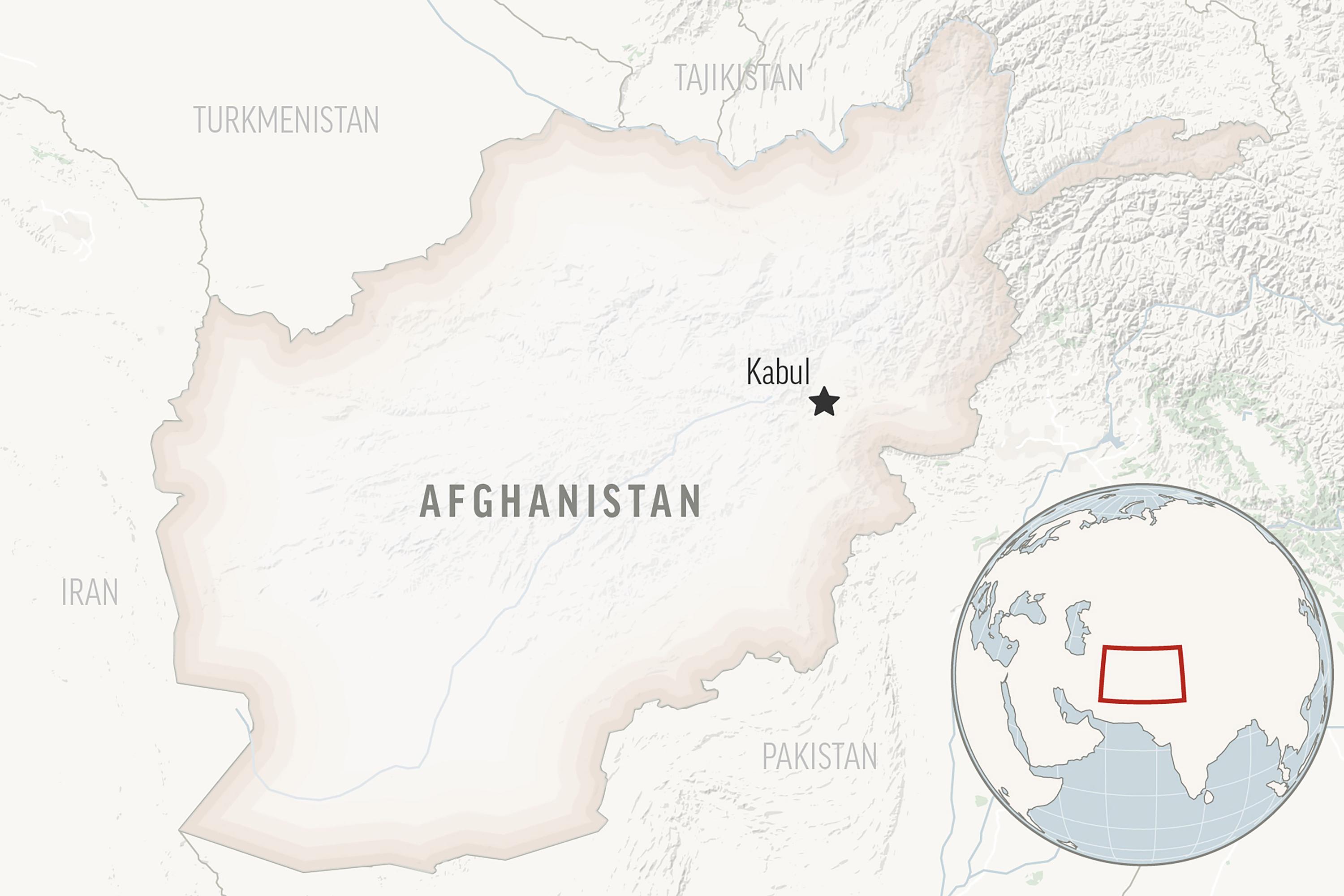 KABUL, Afghanistan (AP) — A suicide bombing outside the Russian Embassy in the Afghan capital Kabul on Monday killed two members of the embassy staff and at least one Afghan civilian in a rare attack on a foreign diplomatic mission in Afghanistan.

The blast went off at the entrance to the embassy’s consular section, where Afghans were waiting for news about their visas, according to the Russian Foreign Ministry and the state news agency RIA Novosti. A Russian diplomat had emerged from the building to call out the names of candidates for visas when the explosion occurred, the agency said.

There was no immediate claim of responsibility for the blast, the latest in a series of bombings and other attacks since the Taliban seized power a year ago, deposing a Western-backed government and capping their 20-year insurgency.

Monday’s bombing, however, appeared to the first to target a foreign diplomatic mission in Kabul since the Taliban takeover. The campaign of attacks has largely targeted Taliban positions or mosques of minority groups, particularly Shiites. They have largely been blamed on the Islamic State group’s affiliate in Afghanistan, which opposes the Taliban and harbors a virulent hatred of Shiites, considering them heretics.

It was not immediately clear why militants targeted the Russian Embassy in particular.

The Russian mission is one of only a couple of international missions still operating and performing consular services in Kabul — and the only European one. Most nations closed their embassies when the Taliban captured Kabul in August 2021 as the U.S. and NATO withdrew their troops. No country has recognized the Taliban government.

Russia’s Foreign Minister Sergey Lavrov said the embassy enhanced its security after the attack and additional Taliban authorities, including intelligence agents, were brought in.

“Let’s hope that the organizers of this terrorist act and its perpetrators will be punished,” Lavrov said.

The Russian Foreign Ministry said an unknown militant set off an explosive device right outside the consular section’s entrance. It said two members of the diplomatic mission were killed, “and there are also casualties among Afghan citizens.”

Kabul police spokesman Khalid Zadran said at least one Afghan civilian was killed and 10 others wounded.

Zadran said security forces saw and shot the suicide bomber before he could get closer to the crowd outside the embassy. It was not immediately clear if the attacker was able to set off the blast before being shot, or if the gunfire detonated the explosives.

Attacks on embassies were rare even during the two-decade war between the Taliban and the Western-backed government. In 2017, the Taliban set off a massive truck bomb in a district where many government buildings and embassies were located, killing more than 90 Afghans and heavily damaging the nearby German Embassy. In 2015, a Taliban car bomb went off by the Spanish Embassy, killing a security guard.

Russian President Vladimir Putin said in late June that Russia is trying to build relations with the Taliban and that Russia wants to see all the ethnic groups in Afghanistan take part in running the country.

Although Moscow has designated the Taliban as a terrorist group, the Taliban have representation in Russia and a delegation attended the recent St. Petersburg International Economic Forum.

Man Headed to Prison for Dumping Toxic Pollution Into Ocean