Big money’s next political target: The biggest mayor’s race of 2022 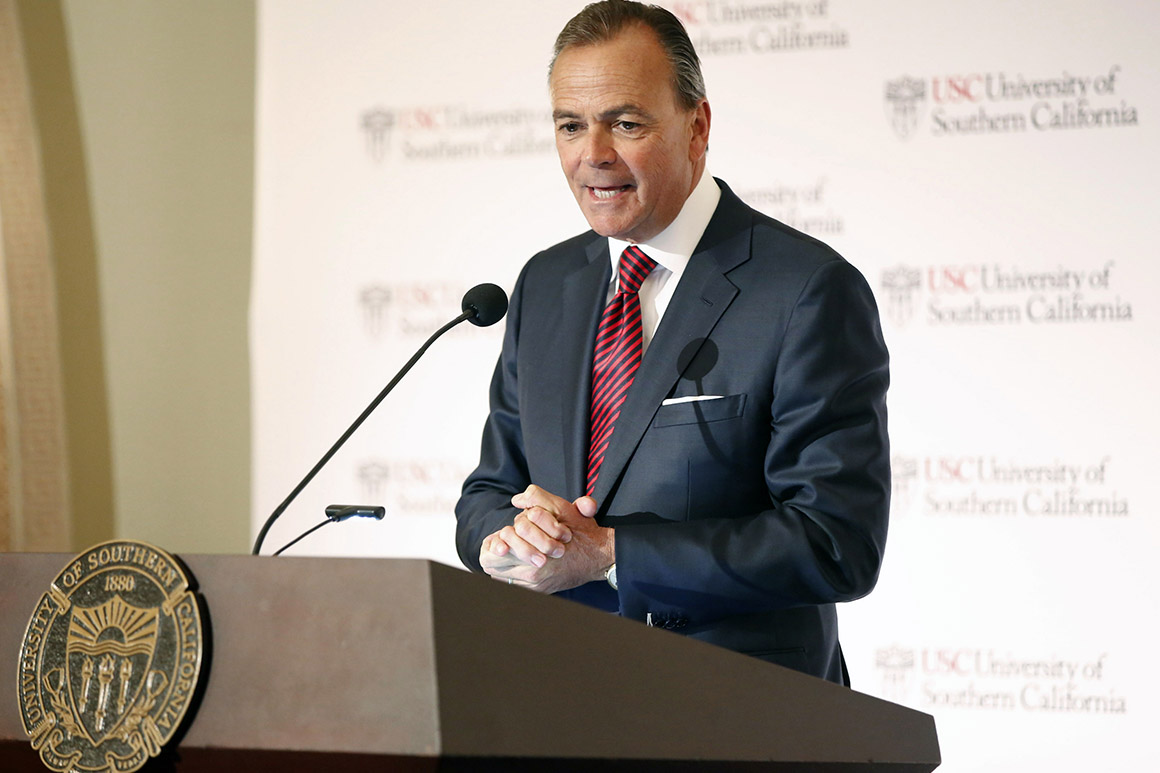 Even by the cash-flush standards of modern politics, Rick Caruso’s run for mayor of Los Angeles has been a shock-and-awe spending campaign.

The billionaire Republican-turned-Democrat has already dropped $34 million on the race, single-handedly making the June 7 primary one of the most expensive elections in the country. He’s spent $25 million on TV advertising alone this year, more than any other candidate for any office in America, save one prospect running for governor in Illinois, according to the ad-tracking firm AdImpact. And in those TV ads, Caruso hammers away at homelessness, crime and corruption at City Hall, a trio of top issues for Los Angeles voters, while casting himself as an outsider — “not just a talker, a doer,” one TV ad narrator says.

That barrage of advertisements on TV sets, on phones and in mailboxes has put Caruso — a real estate developer and a former civilian police commissioner whose father was a major Los Angeles-area car dealer — in a strong, top-two position in the mayoral primary. His main rival is Democratic Rep. Karen Bass, a longtime congresswoman and state legislative leader who came into the national spotlight during President Joe Biden’s 2020 running-mate search.

But Bass and an allied super PAC are only spending about $2 million combined on TV, outpaced by Caruso and his allies by more than 13-to-1. Kevin de León, a Los Angeles city councilmember and a former state Senate leader, is also up on TV, but he’s lagged behind Bass and Caruso in public and private polling.

Caruso’s big spending fits into a broader set of tests for the left across the country this election year, with super PACs — and the occasional billionaire candidate — spending more money than ever to charge through Democratic primaries featuring more liberal contenders. In this specific instance, it’s also a test of whether a longtime Republican can convince voters through messaging firepower that he’s a good ideological fit to govern the second-biggest city in America.

The Los Angeles race is an all-party primary, but ultimately it’s for the right to govern a heavily Democratic city. If no candidate clears 50 percent next Tuesday, then the race will advance the top two candidates to a November runoff.

“The fact that he’s had to spend so much money, and yet I’m still in the race, and we’re running neck-and-neck, and he’s spent — I don’t know how much it is now,” Bass said in an interview with POLITICO. “To me, that says the Angelenos aren’t going for it and people in this city do not want someone to purchase the mayor’s office.”

California, with its huge population and expensive advertising costs, has a long history of self-financing candidates who saw their wealth as a ticket to elected office but nevertheless failed to spend their way to victory. That’s part of the reason why “people rolled their eyes at Caruso when he got in the race, because California has a reputation of taking these rich candidates, chewing them up and spitting them out,” said Paul Mitchell, who runs a voter data firm used by both Republicans and Democrats.

“The fact that L.A. voters have digested him, even though in many other instances they’ve pushed away the rich candidate, is not something a lot of people were expecting,” Mitchell continued, citing Caruso’s nearly unanswered wave of advertisements that built up his support.

Indeed, super PACs and self-funding candidates alike are having a fairly successful election year so far, pouring more cash than ever into 2022 primaries to muscle through candidates who might not otherwise have emerged.

“You can spend a lot of money, but if you don’t have the right message, you’re going to fail. But Caruso has a message that resonates. Karen Bass also has a message that resonates, too, but she doesn’t have as much money,” said Mathew Littman, a former speechwriter for President Joe Biden who is supporting Bass. “Question is: Can Karen Bass get her message out there, or is she going to be overwhelmed by [Caruso’s] spending? I think she can.”

Crime has been a major part of Caruso’s message. And some Democrats are already preparing for how a potential Caruso first-place finish in the primary could be read as evidence of an emerging trend: that even deep-blue urban voters are opting for more moderate city leaders to address crime, one of the themes of New York City’s mayoral race last year.

A number of Democrats said that while Caruso has had early success forcing his way into the top tier of the race, a potential one-on-one runoff battle between Caruso and Bass — the likeliest outcome after Tuesday’s primary — will put new scrutiny on Caruso’s Republican past and blunt the power of his money.

“When you get to the general, it’s a white businessman who used to be a Republican until 45 minutes ago versus a woman of color who spent her life in progressive politics, all against the backdrop of Roe getting overturned and more reactionary MAGA politics nationally,” said Robb Korinke, a Los Angeles-based Democratic strategist who is working on citywide campaigns. “That dynamic, making the race more nationalized, more partisan, is going to change things.”

Bass, too, noted that if the race moves to a November runoff, she thinks “that much, much, much more support will come my way” that would allow her to close the spending gap.

Bass isn’t without allies even now. A super PAC, largely backed by Democratic megadonor Jeffrey Katzenberg, is spending about $1.2 million on TV ads that attack Caruso, citing a Los Angeles Times story that called him the “Donald Trump of Los Angeles.”

“He’s a fraud,” the ad’s narrator continues. “Caruso was a lifelong Republican and a billionaire developer who has forced out small businesses. Caruso’s bankrolled Republicans, like Mitch McConnell and radical forces seeking to outlaw abortion.”

The L.A. mayor’s race is typically nonpartisan, but emphasizing Caruso’s shift — from a registered Republican for two decades to an independent in 2011 to a Democrat shortly before he entered the mayor’s race in February — is an obvious strategy for Bass’ allies. That’s particularly true in a progressive city that backed Bernie Sanders by a wide margin in the 2020 Democratic presidential primary.

Caruso’s past donations to Republican politicians was thrust to the forefront of the campaign earlier this month, after POLITICO published a draft opinion of the Supreme Court’s reversal of Roe v. Wade. Planned Parenthood attacked him for his past support for anti-abortion politicians and groups.

Caruso has said he favors abortion rights and is committed to supporting California Gov. Gavin Newsom’s ballot measure to codify Roe through a state constitutional amendment. He seeded the effort with $100,000 and pledged $1 million in total to back the measure.

Despite the attacks on his partisan history, Caruso supporters argue that voters care less about party affiliation and more about who can help the thousands of unhoused people in the city, said Jay Sures, a Caruso donor and co-president of United Talent Agency.

“He has a very defined message that says, ‘I have a plan to clean up the city, to deal with the homelessness issue and with the crime issue.’ And if you go around L.A. and ask voters what they care about, that’s issue No. 1 and No. 2 every time,” Sures said. “He can also say, ‘I’m a builder, and I know how to do this.’”

Should Caruso land in first place, Sures believes it’ll send a clear signal to national Democrats: “I think it says to the party — get reasonable, get moderate and get smart.”

Peter Ragone, a senior adviser to Caruso’s campaign, said “this election is about who can solve L.A.’s problems, especially crime and homelessness.”

Still, strategists expect his Republican past to be a major obstacle — eventually.

“Rick Caruso has clearly bought his way into this runoff,” said Garry South, a Democratic strategist based in Los Angeles, who’s worked on a slew of statewide and citywide campaigns. “But once this clarifies into a two-way runoff in a general election, when turnout will be a lot higher, it’ll be between a Democrat and a lifelong Republican, even though he’s pasted a Democrat label on himself. And I think that’s a serious problem for Caruso.”