Biden celebrates first female commandant of the US Coast Guard: ‘It’s about time’ 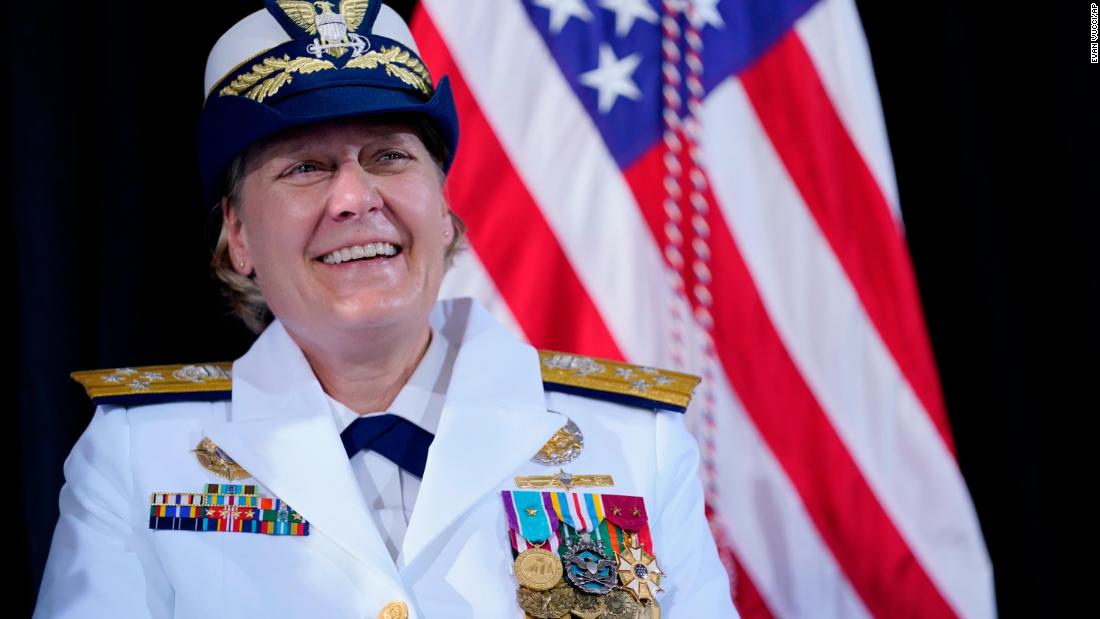 Fagan became the 27th commandant of the Coast Guard. Adm. Karl Schultz, the 26th commandant, is retiring.
“There’s no one more qualified to lead the proud women and men of the Coast Guard and she will also be the first woman to serve as commandant of the Coast Guard, the first woman to lead any branch in the United States Armed Forces. And it’s about time,” the President said.
Fagan has 36 years of Coast Guard service and has served on all seven continents, according to her military biography. As the Coast Guard’s vice commandant, Fagan was the service’s first female four-star admiral.
She most recently served as the commander of the Coast Guard Pacific Area and also served on the icebreaker USCGC POLAR STAR. Fagan also was the first woman to serve as commander of Sector New York. As the longest serving active duty Marine Safety Officer, she was recognized as the Coast Guard’s first Gold Ancient Trident.
Biden called Wednesday’s ceremony a “connection to the earliest days of our nation” as well as a “new milestone.”
“With her trailblazing career, Admiral Fagan shows that young people, young people entering the service, we mean it when we say: There are no doors, no doors closed to women,” he said, thanking Fagan for “taking the helm during this critical moment.”
Biden noted the importance of the Coast Guard to US national security, saying that the branch will “play an increasingly prominent role in our homeland and our national security” amid evolving challenges, including climate change, Indo-Pacific strategy, and hurricane season.
He noted — to applause — that 40% of the US Coast Guard is now comprised of women, as he called for continued efforts to improve diversity within the US armed forces.
“Now we need to keep working to make sure Admiral Fagan may the first but not the only person. We need to see more women at the highest levels of command in the Coast Guard and across every service in the armed forces. We need to ensure women have an opportunity to succeed and thrive throughout their professional careers and that means providing support and resources so we can compete fairly and fully for promotions. And make sure women are not penalized in their career for having children,” he said.
Biden continued, “It also means creating an environment where every member of the Armed Forces feel safe in the ranks, including from sexual assault and harassment and where their contributions are respected.”
Prev Post

Study: There May Be as Many as Four Evil Civilizations…