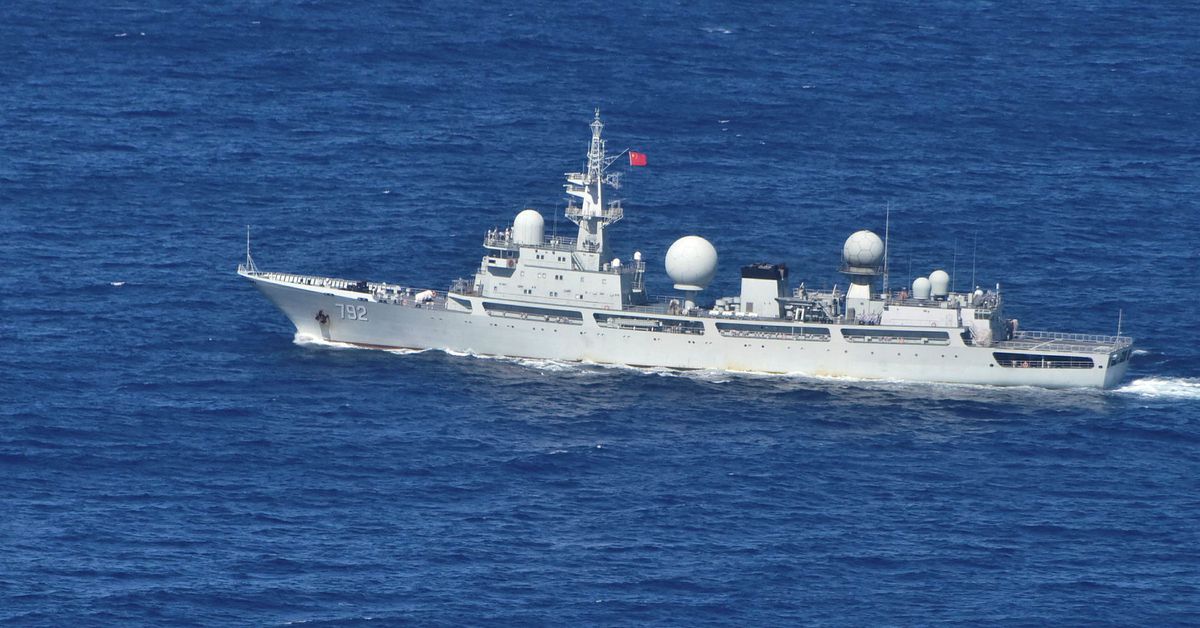 SYDNEY, May 13 (Reuters) – A Chinese intelligence ship was tracked off Australia’s west coast within 50 nautical miles of a sensitive defence facility, Australia said on Friday, raising concern amid an election campaign about China’s assertive behaviour in the region.

Prime Minister Scott Morrison said the Chinese navy vessel was not in Australian territorial waters but its presence was “concerning”.

“It is clearly an intelligence ship and they are looking at us and we’re keeping a close eye on them,” he told reporters.

Australia had tracked the spy ship over the past week as it sailed past the Harold E Holt naval communications station at Exmouth, which is used by Australian, U.S. and allied submarines.

China’s embassy in Australia did not immediately respond to a request for comment.

Australia holds a general election on May 21 and the question of a national security threat posed by China has been a major campaign theme. read more

“I think it is an act of aggression. I think particularly because it has come so far south,” Defence Minister Peter Dutton told a news conference.

“It has been in close proximity to military and intelligence installations on the west coast of Australia.”

Relations between the two major trading partners have been strained in recent years over various issues including Chinese influence in Australia and the Pacific region.

Dutton questioned the “strange timing” of the vessel’s appearance although Home Affairs Minister Karen Andrews declined link it to the election campaign and Morrison said Chinese navy vessels had been off the Australian coast previously.

The opposition Labor Party said it was seeking a briefing from the government.

Chinese navy vessels have been tracked off Australia’s north and eastern coasts several times in recent years, and the same Chinese vessel monitored Australian navy exercises with the U.S. military off the east coast last year.

In February, China and Australia exchanged accusations over an incident in which Australia said one of its maritime patrol aircraft detected a laser directed at it from a People’s Liberation Army Navy (PLAN) vessel. read more

On the latest incident, Australia’s defence department said in a statement the Dongdiao Class Auxiliary Intelligence ship named Haiwangxing travelled down the west coast, crossing into Australia’s Economic Exclusion Zone on May 6, and coming within 50 nautical miles of the communications station on May 11.

“I certainly don’t believe that when you take it together with the many other coercive acts and the many statements that have been made which have been attacking Australia’s national interests, you could describe it as an act of bridge building or friendship,” Morrison said.

Biden looks to nudge ASEAN leaders to speak out on…