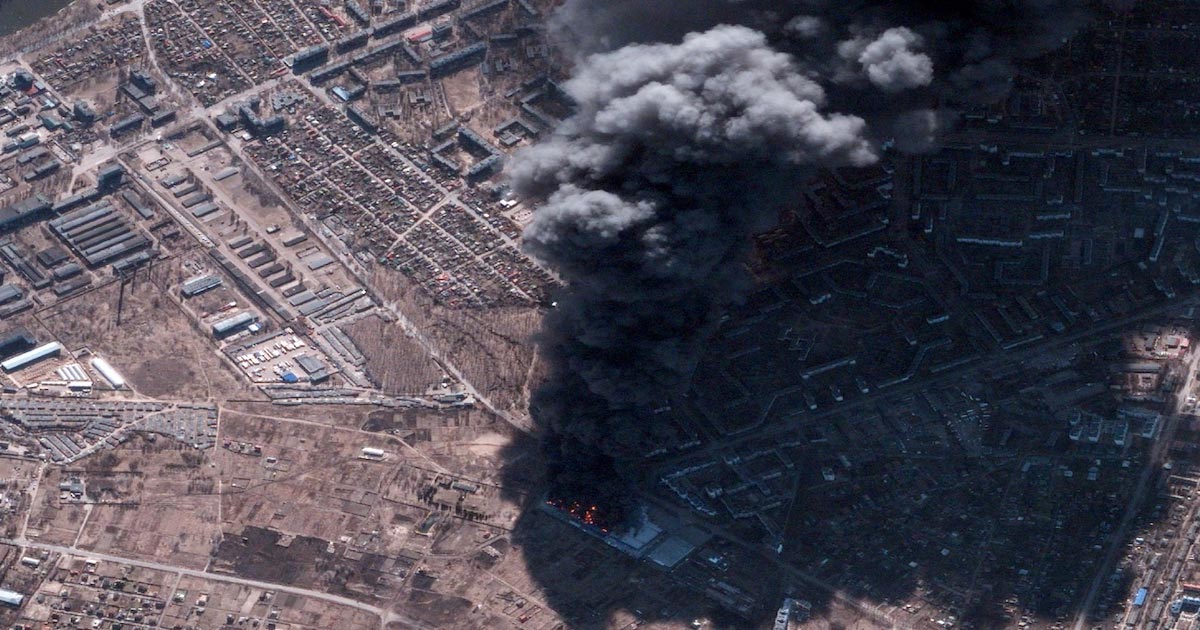 Talk about shock and awe.

Russian forces are continuing their all-out assault on Ukraine — a catastrophic and needless humanitarian crisis that isn’t likely to end any time soon.

The extensive shelling of several Ukrainian cities has been so severe, in fact, that the invasion can literally be seen from space, in a shocking reminder of the devastating scale of the ongoing war.

“When you’re in space, you feel so far away at first,” European Space Agency (ESA) astronaut Matthias Maurer, who recently completed his 177 day stint on board the space station, told German broadcaster ARD.

The invasion “was clearly visible to the naked eye from space,” he recalled, adding that he could spot “huge black columns of smoke over cities like Mariupol,” a port city that has been leveled by Russian forces.

Maurer recalls spotting the earliest signs of the conflict from the ISS.

“At the beginning of the war, the whole country went dark at night,” he told ARD.

“People actually only recognized Kyiv,” he added. “Then you could also see the impacts in the first days of the war. In Kyiv, you could see lightning at night,” even when individual rockets made impact with their targets.

Despite Russia’s ongoing presence on the International Space Station, Maurer argued that that all crew members agreed pretty quickly on the fact that “terrible things are happening in Ukraine.”

It’s hard to get a full grasp of what it must be like, cohabitating with Russian forces within the tight confines of the space station.

But according to other first hand accounts, things have remained civilized and peaceful so far, with the only notable difference being the occasional awkward conversation.

War, unsurprisingly, is hard to watch unfold, even from hundreds of miles above the Earth.

“War seen from above is a hundred times more irrational than from the ground,” Maurer told ARD. “Why don’t we humans stick together?”

More on the invasion: NASA Astronaut Heard Rumor of Being Abandoned in Space From His Wife

Will the rhetoric of Biden’s Asian Odyssey stand up against…

Ukraine says it is fighting to keep control of key…