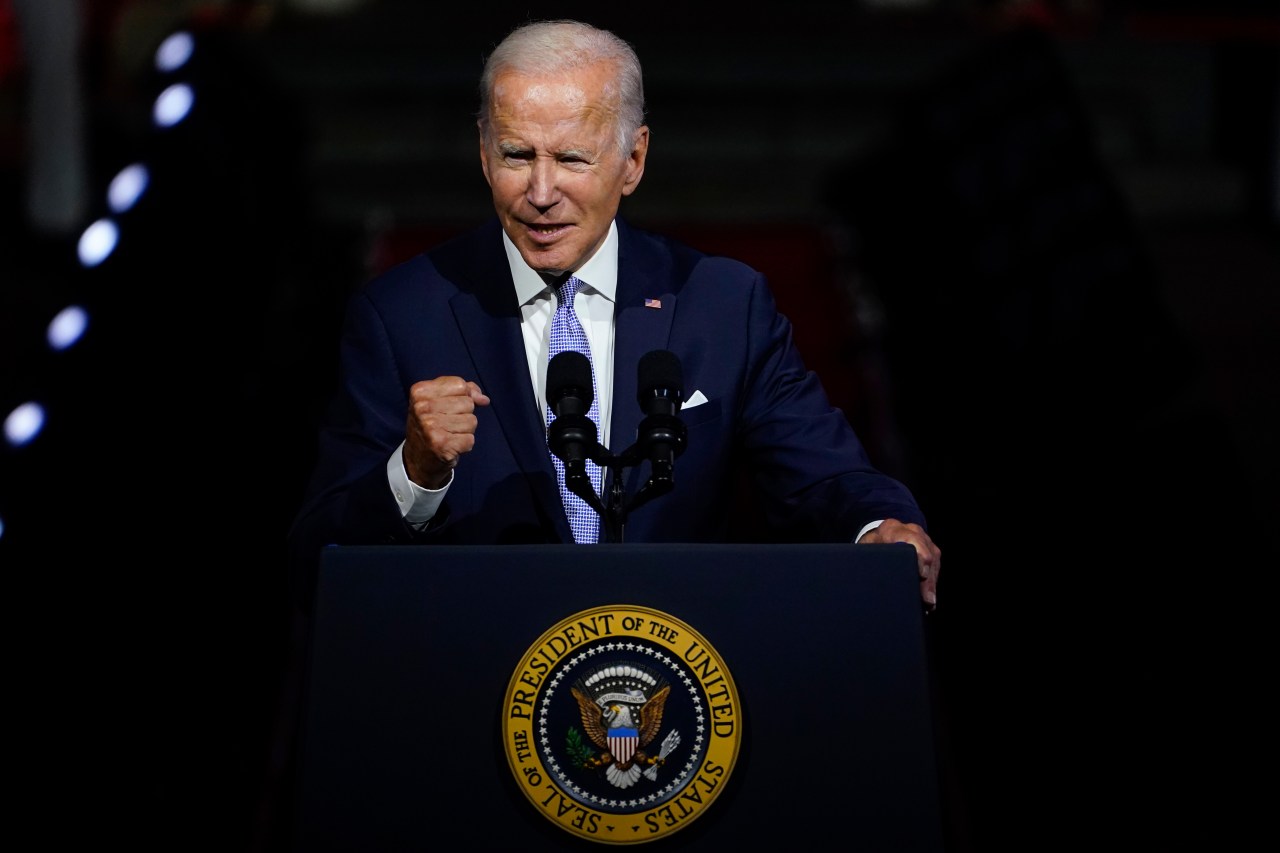 Back in 1972, when Democrats nominated George McGovern for president, McGovern’s campaign manager called a Democratic congressional candidate in Ohio.

“I have good news,” the campaign manager said. “Senator McGovern is going to come to your district to campaign.”

“That is good news,” the Democratic House candidate replied. “Unfortunately, I won’t be here. I’ll be in Florida, visiting my mother.”

“But I haven’t told you when we’re coming,” the campaign manager said.

“It doesn’t matter,” the Ohio candidate replied. “Whenever you come, I’ll be in Florida visiting my mother.”

Until recently, it looked like things could be that bad for President Biden this year. Biden’s job approval ratings have been below 50 percent for the past year, dipping below 40 percent a month ago. The good news? Things have been looking up a bit lately for President Biden, especially since Congress passed the Inflation Reduction Act and student loan relief. The latest Morning Consult-Politico poll, taken Aug. 19-21, shows Biden with 43 percent approval, up from 39 percent earlier in the month. That is still way below the 50 percent approval level Biden would need to give his party a midterm boost. But it’s less scary for Democrats than it was a month ago.

This year’s midterm election is likely to be an unusual contest. The results will be shaped by two unpopular presidents — current Democratic President Joe Biden (who has a 54 percent personal unfavorable rating in the Morning Consult poll) and former Republican President Donald Trump (57 percent unfavorable).

Democrats are fighting history. In 18 midterm elections since World War II, the president’s party has lost House seats in all but two. That’s mainly because voter turnout shrinks by about one third in midterm elections, which are like a three-ring circus with no main event. Most of the turnout loss comes from casual voters who vote once every four years and disproportionately support the party of the winning presidential candidate. The president’s party has suffered an average loss of 26 House seats since World War II, easily enough to overturn the Democrats’ current majority of five.

The two exceptional midterms — where the president’s party gained House seats — occurred in years when the midterms turned into referendums on popular presidents. In 1998, President Bill Clinton was facing impeachment over his affair with Monica Lewinsky — but the economy was booming, and Democrats turned out in unusually high numbers to save their president. It happened again four years later, in the 2002 midterm, when President George W. Bush was still riding a high a year after the 9/11 terrorist attacks.

President Biden is nowhere near those peaks of popularity. But he has something else going for him: the Trump threat.

Nearly two years out of office, Trump is soaking up news coverage and pushing the current president out of the spotlight. That may be doing Biden more good than Trump.

Trump and his MAGA followers have seized control of the Republican Party. What it amounts to is a takeover of the GOP by the radical right. The radical right has been a force in U.S. politics for a long time, but it only came to power with Trump’s election in 2016. It’s determined to get that power back.

That invites a straightforward strategy for Democrats in 2022: Re-run the 2020 election — make it another contest between divisive and extremist Republicans and Democrats who are showing they can deliver (on infrastructure, prescription drug prices, gun safety, veterans’ health care, climate change and student loans).

The key moment in this year’s campaign was the Supreme Court ruling on June 24 taking away the constitutional right to abortion. You cannot take away a right that Americans have had for almost 50 years without provoking a fierce political backlash. Abortion, more than any other issue, proves to most voters that extremists have taken over the Republican Party.

It has also enabled President Biden to find his political voice.

“If the MAGA Republicans win control of the Congress,” the president warned in Maryland, “it won’t matter where you live. Women won’t have the right to choose anywhere — anywhere!” He added: “This is not your father’s Republican Party. This is a different deal.”

Bill Schneider is an emeritus professor at the Schar School of Policy and Government at George Mason University and author of “Standoff: How America Became Ungovernable” (Simon & Schuster).

To prevent a Martian plague, NASA will build a very…