Apple Announced Its Fastest MacBook Air Yet at WWDC 2022 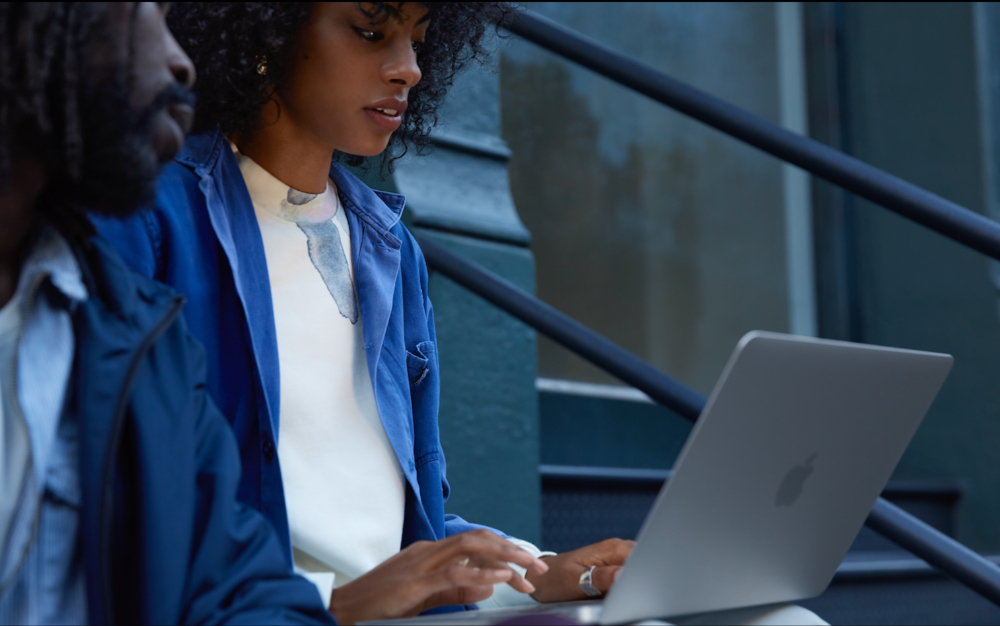 If’ you’re an Apple fan, you’re in luck. Apple’s World Wide Developer Conference (typically shortened to WWDC) today was almost entirely devoted to explaining new features coming upcoming versions of iOS, iPadOS, and MacOS, but the company managed to sneak in a couple of hardware announcements, too.

The most significant hardware announcement was the official unveiling of the 2022 MacBook Air, which will be available next month starting at $1,199. The machine, which comes in four colors, features an all-new design, which draws inspiration from Apple’s 14- and 16-inch MacBook Pro laptops, which were released in November of 2021. The updated MacBook Air has a larger 13.6-inch “liquid retina” display, which is .3-inches larger than the screen of the laptop it replaces, and gets up to 25 percent brighter.

The MacBook Air has also inherited the “notch” cutout on the top of its screen, a design that debuted on the iPhone X and has since made its way to Apple’s laptops.  This section of the screen houses this laptop’s webcam, which has twice the resolution of the camera built into the 2020 MacBook Air. Apple says this 1080p camera has double the performance in low-light situations. If you find the performance of Apple’s laptop webcams lacking, you’ll be happy to know that you’ll be able to use an iPhone’s camera instead courtesy of a free iOS update this fall.

While the MacBook Air’s physical differences immediately stand out, Apple also made significant improvements to its performance under the hood. This is the first Apple computer — laptop or desktop — that features the company’s brand-new M2 chip.

On paper, the M2 processor is 18 percent faster than the chip it replaces, has 50 percent faster memory bandwidth, and can support up to 24 GB of RAM, which is 8 GB more than the M1 chip. In practice, this means the 2022 MacBook Air can handle resource-intensive Final Cut Pro projects up to 38 percent faster without sacrificing battery life. The speed difference the average user would see will be entirely dependent on their workflow. Those who edit high-resolution video,  images, or audio will see the biggest difference, as they’ll tax the machine the hardest.

Other under-the-hood improvements to the 2022 MacBook Air include an all-new three microphone array for better performance during video calls or when recording audio, an improved four-speaker sound system with support for Spatial Audio (a version of surround sound), and the addition of a MagSafe charging port. The ability to charge using a MagSafe cable allows users to use the laptop’s Thunderbolt 4 ports for peripherals. Finally, Apple has replaced the MacBook Air’s touch bar with full-height, dedicated function keys that allow you to adjust the laptop’s volume, screen brightness, and other common settings with a quick tap.

Apple followed up its MacBook Air announcement with two additional hardware drops. The first is an update to the 13-inch MacBook Pro, which starts at $1,299 and launches next month. It has the same physical design as the laptop it replaces, with performance enhancements courtesy of the new M2 chip. The final hardware drop of WWDC 2022 was a two-port 67-watt charging brick, which can be used with either laptop, previous generations of the MacBook Air or Pro, and several iPad models.

Apple’s WWDC hardware announcements are sure to excite college students, who are the target demographic for both machines. The company made it a point to mention the fact that students can save $100 on either laptop. These notebook computers even pack enough of a punch to satisfy the needs of prosumer-level creative professionals, office workers, or anyone whose side gig involves working with tons of media.

Still, the hardware that Apple didn’t announce at this event may overshadow the new MacBook Air and MacBook Pro. The company’s long-rumored augmented reality headset was nowhere to be seen — in fact, this is the first WWDC in years that didn’t have AR as a major focus. The Mac Pro, which Apple teased would be coming by the end of this year, was also noticeably absent.

Supply-chain issues and development kinks may have constrained Apple’s ability to ship new gear, but the company’s updates to its software platforms will provide a solid foundation for whenever they launch.

This post was created by a non-news editorial team at Recurrent Media, Futurism’s owner. Futurism may receive a portion of sales on products linked within this post.

The UK Is Apparently Just Driving Around a Hologram of…