America must protect its tech advantage 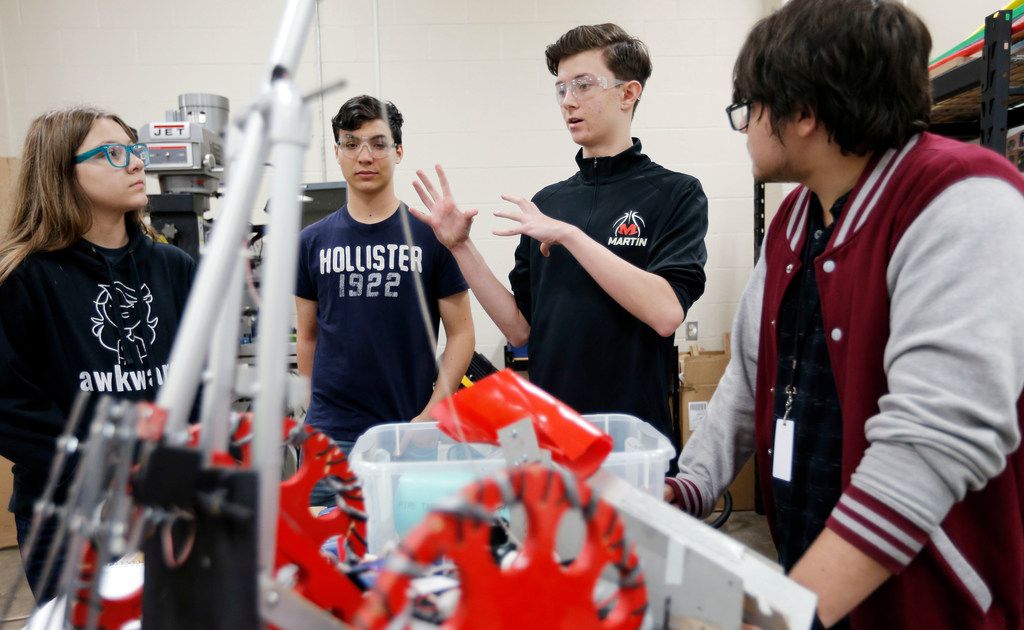 This month, Dallas brought a galaxy far, far away a little closer to home. As part of the world’s largest robotics tournament, thousands of students from around the country and world designed, built and programmed robots to perform a series of complex tasks. The teams competed against each other, but often had to cooperate with each other, to achieve the best scores. In many ways, it was heartwarming and inspiring to watch these students reach their full potential.

In other ways, however, the tournament should serve as a wake-up call for policymakers who take American technological leadership for granted.

Walking around the Kay Bailey Hutchison Convention Center, it became readily apparent that the rest of the world has the drive, skill and knowledge to produce advanced technologies. China, Japan, South Korea, Germany and England all sent teams. So did smaller countries from Africa and Latin America. In the middle-school division, the top two teams hailed from Taiwan and Canada, besting their more numerous American counterparts. A Canadian team also finished first in the elementary-school division, partnered with a team from St. Louis. Many other foreign teams also received awards for outstanding design and skill.

The world’s largest companies understand the importance of encouraging innovation, and many teams had sponsors from foreign tech companies. A Finnish robotics team, for example, was sponsored by Huawei, the Chinese telecommunications company currently subject to U.S. sanctions. The tournament’s largest sponsors included Google, Tesla, Texas Instruments, NASA and, underscoring the links between technology and national security, Northrop Grumman.

Around the world, most nations are doing everything they can to support their tech sectors, in ways both legitimate and disturbing. China, America’s most significant strategic competitor, is investing heavily in research and development, subsidizing preferred tech companies, and even stealing technology from abroad. In the hopes of spurring its domestic tech sector, the European Union has adopted protectionist antitrust policies to limit the ability of American companies to compete on merits, fining or threatening to fine American companies billions of dollars for conduct that, to most people, seems like legitimate competition.

Unfortunately, in the midst of this global competition, many in Congress are supporting bills that would disadvantage American technology companies and discourage innovation. Some bills, which may receive floor votes in the next few months, would require U.S. companies to share sensitive consumer data with, and open their platforms to, foreign competitors with close ties to governments often hostile to U.S. interests. Other introduced bills would break apart our most successful companies into smaller parts, restrict the lines of business in which they could operate, and limit their ability to invest in smaller startups, depriving American innovators of access to critical capital and technical expertise.

Before enacting these bills, Congress should visit an international robotics competition. The mantle of global technological leadership is not an American birthright, set in stone for all time. Other countries have the tools and talent to compete and to win. Instead of seeking to punish our tech industry for its success, or perceived missteps, Congress should support and expand the existing innovation ecosystem that has allowed the U.S. to develop the most advanced economy in the history of the world. Congress should support our students, engineers and programmers, but also our investors and entrepreneurs. If it “takes a village” to raise a child, it takes a nation, including our policymakers, to create a climate conducive to growth and innovation.

A long time ago, a combination of complacency and bad policies cost the United States its manufacturing edge. If Congress isn’t careful, global technological leadership may well pass from the United States to our strategic competitors.

Flying ‘Dragon of Death’ is the largest pterosaur discovered in…

New Cisco Technology Can Predict Network Issues Before They Happen