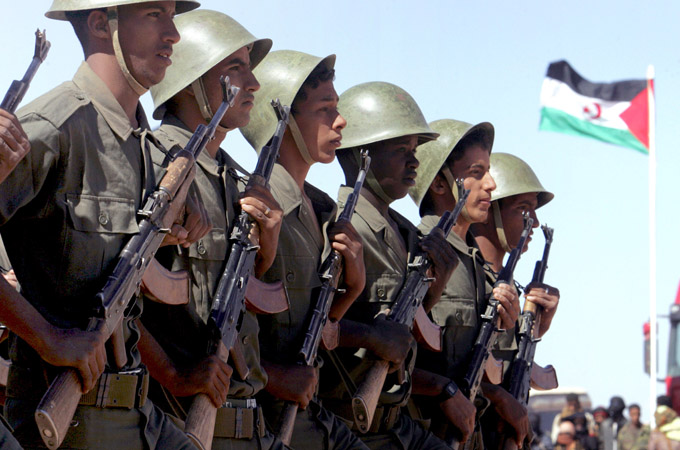 Algeria has suspended foreign trade in products and services with Spain amid an escalating dispute over the status of Western Sahara.

Thursday’s announcement came a day after the North African nation suspended a 20-year-old friendship treaty with Spain that committed the two sides to cooperation in controlling migration flows. Algeria has also banned imports from Spain.

The European Union urged Algeria to reverse its decision, pressing for dialogue to resolve the dispute.

Spain was the former colonial power in Western Sahara until the region was annexed by Morocco in 1975. Since then, Algeria and neighbouring Morocco have had tense ties over the fate of Western Sahara, at one point fighting a desert war.

Algeria has long backed the Polisario movement that is seeking independence for the region, claimed by Algeria’s neighbour and rival Morocco.

Spanish Foreign Minister Jose Manuel Albares said on Thursday that Spain’s response to Algeria’s move to cut off bilateral trade will be “serene, constructive, but also firm in its defence of Spanish interests”.

Algeria’s now openly hostile turn against a member of the European Union comes while Spain and the rest of the 27-nation bloc are hustling to find alternatives to Russian energy imports to protest Russia’s war in Ukraine.

In March, Spain publicly recognised Morocco’s plan to grant the region autonomy rather than full independence, resolving a spat with Rabat but angering Algeria in turn. At the time, Algeria recalled its ambassador to Spain.

In its most recent move, Algeria threatened trade ties, including the continued supply of Algerian natural gas.

“Algeria is an important European Union partner in the Mediterranean [region], and a key actor for regional stability,” Massrali said.

“We would ask the Algerian party to take another look at that decision,” she said, urging Algiers and Madrid to work through diplomatic channels to resolve the dispute.

“This going to be mainly problematic for Spain because Algeria is Spain’s third-largest client. So when it comes to things like agri-food or manufacturing products, it’s going to be a serious blow to Spanish exporters,” Boudiaf told Al Jazeera.

Morocco controls 80 percent of Western Sahara. The rest is held by Polisario, which fought a 15-year war with Morocco after Spanish forces withdrew in 1975 and wants a referendum on independence.

Morocco has offered limited autonomy but insists the phosphate and fisheries-rich enclave must remain under its sovereignty.

Spain officially endorsed that position in March to help resolve a year-long diplomatic dispute sparked by a visit by Polisario leader Brahim Ghali to Spain for treatment for COVID-19.

Weeks after his hospitalisation, Moroccan border forces looked the other way as more than 10,000 migrants surged into Spain’s tiny North African enclave of Ceuta.

In April, Sanchez made an official visit to Morocco to patch up ties after his government backed Rabat’s 2007 autonomy plan.

Algiers said on Wednesday that Madrid had thereby “given its full support to an illegal and illegitimate formula … advocated by the occupying power”.

‘Not caused any difficulties’

Spain’s position is complicated because while it shares borders and strong economic ties with Morocco, it also depends partly on Algeria for natural gas.

The Spanish government quickly moved to assuage fears that Algeria’s important supply of natural gas, which it pumps and ships across the Mediterranean, could be at risk.

And, he added, “what the gas companies are telling us is that the decision has not caused any difficulties”.

Algeria’s Sonatrach was Spain’s leading supplier of natural gas last year with more than 40 percent of its imports.

Teresa Ribera, Spain’s energy minister, said state-owned Sonatrach is expected to hold up its end of the bargain.

“We don’t think the contracts can be unilaterally broken by the decision of the Algerian government,” Ribera told Onda Cero radio.

Coinciding with the fraying of relations with Algeria, Spain has since pivoted to the United States, which has become its leading supplier of gas in recent months ahead of Algeria.

Algeria, whose fragile economy depends heavily on its energy exports, signed a new deal with Italy in April to increase the gas flow through the pipeline connecting the two countries.

Congress Moves to Regulate Crypto After Meltdown Wipes Out Investments