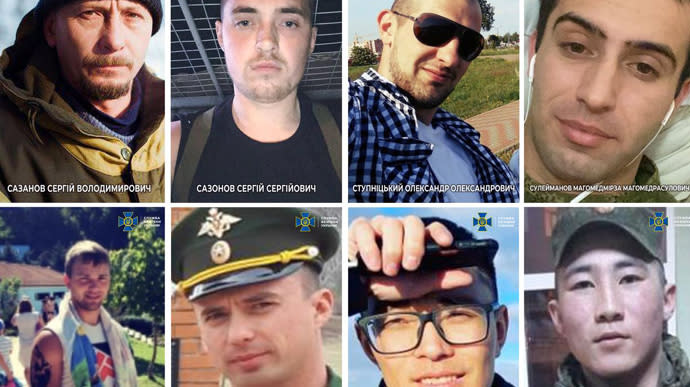 Ukrainian law enforcement officers have identified the Russian soldiers who killed the family of Motyzhyn village head and who tortured other civilians in Ukraine. Three people survived the Russian occupiers’ torture.

Details: The identities of 5 Russian Armed Forces soldiers and 3 Wagner Group mercenaries have been confirmed [Wagner Group is a Russian private military company]. The 8 soldiers are responsible for at least 14 war crimes. Only 3 people survived their torture.

Quote from Venediktova: “Kyiv Oblast and Kyiv-Sviatoshyn district prosecutors and the Security Service of Ukraine have identified those responsible for the atrocities committed in Motyzhyn:

Details: The investigation established that the Russian occupiers abducted Olha Sukhenko, the head of the village of Motyzhyn, her husband and their son in March 2022.

According to the Prosecutor General, Olha and her family were tortured at a Russian base; Russian soldiers were trying to find out information about the Armed Forces of Ukraine and territorial defence forces.

Quote from Venediktova: “First, they shot at the son’s leg right before his mother’s eyes, then they killed him by shooting him in the head. The entire family died from multiple gunshot wounds.

Consider the reason for another murder: one of their victims was shot in the head just because she was wearing black. Her father was taken prisoner and held in an outbuilding blindfolded and with his hands tied behind his back, practically without water or food.”

Details: The Russian occupiers also captured two volunteers who were trying to bring humanitarian aid for Motyzhyn residents; after being interrogated and tortured, the two volunteers were taken to the nearby forest and shot. One of them survived.

The Russian soldiers and mercenaries took the humanitarian aid and the volunteers’ cars.

The Russian soldiers tied another one of their victims to a quad bike and forced him to run after the vehicle for almost a kilometre.

This man was also interrogated, beaten up, and threatened with death; he was forced to spend several days in a sewer pit.

Venediktova said that in addition to torturing, imprisoning, and murdering civilians, the suspects have also shelled and set fire to civilian houses and confiscated their mobile phones.

The Russian soldiers were informed in absentia about their suspected violation of the laws and customs of war, combined with premeditated murder (Part 1 and Part 2, Article 438 of the Criminal Code of Ukraine).

US stocks slip as social media leads tech sell-off with…

Florida Prepares to Shoot Remains of 47 People Into Space